In-Sight : From The Depths 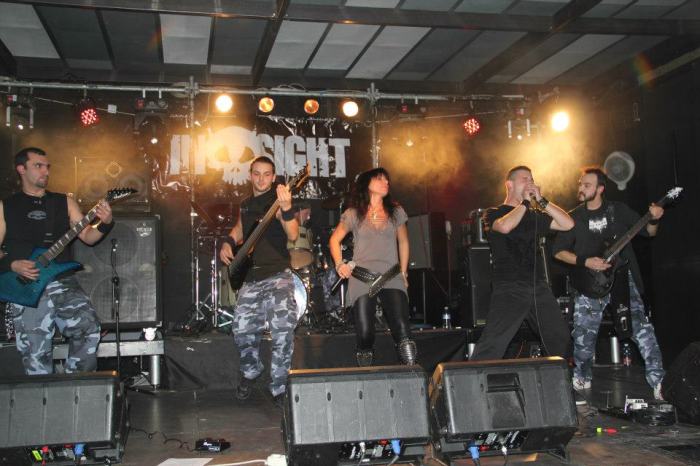 From The Depths is the thumping latest album from Italian metallers In-Sight, a release which just grabs the imagination and takes it on an inventive dance of melodic death metal with the emphasis on the former. It is a thrilling release which as our first introduction to the band is one of the biggest rewards of the year for the passions.

The band began with a Swedish death metal sound in 1996 on the impetus of drummer Gianluca ‘Mek’ Melchiori. In-Sight had decent success with their three self released EPs and good acclaim for their live performances which took them around Italy and Switzerland. It was in 2009 though after a lull for the band that Mek reorganised the line-up and brought in vocalists Andrea Pecora and Emanuela Antonelli, guitarist Mattia Stilo, and bassist Cesare  Montagner. This brought on a new spirit and energy which impacted on the more melody driven sounds being created. 2011 saw the band record From The Depths and this year the signing with logic(il)logic Records for its release and also the further addition of second guitarist Riccardo Picchi to the ranks. The album now unleashed on the world sees a band which with still some uniqueness to find to its voice stands apart from most similarly driven artists. This was as mentioned the first time the band has graced our ears and the most pleasurable surprise and experience it has been.

So many things stand out on the album from the superbly crafted and structured songs, the mouth-watering musicianship, and the 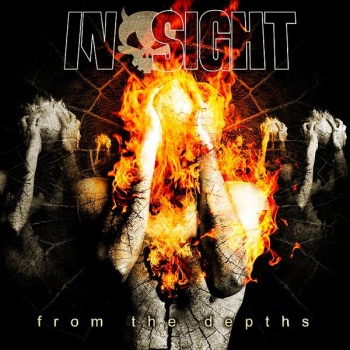 colossal mix of beauty, intensity, and wilting power. The other tremendous asset the band and release has is the dual female and male attack of the vocalists, both riveting and the perfect union in their individual extremes. Antonelli has a glorious voice, full of grace and power whilst Pecore growls and bruises the senses with a vicious squall of a tone which ignites the primal instincts inside, though he can vary the assault to offer a good texture to his delivery. It is an excellent mix which with its successful formula sets the band apart in that aspect.

Starting with a brief piano led atmospheric instrumental intro the album opens up its full multi-faceted stance with Mind The Light. It takes no time in offloading hungry riffs and pummelling rhythms for the ear to willingly consume before the golden tones of Antonelli lights the skies. As the aural coarseness of Pecore joins the affair and the guitars conjure grooves to spark emotions into life, the song settles into a classic breath with sinewy provocations. It is nothing particularly ground breaking but wholly compulsive and inspiringly invigorating.

The following tracks just elevate things further; Winding Coil is a sensational rub of sonics and staggering harmonies with especially vocally, the almost duelling presence of the two singers a captivating ingenuity and maybe their finest moment on the album, though they push that thought throughout. The track is an intense and vibrant fire of sound and energy which leaves one drooling in musical lust which is soon satisfied further by Frost Hate and Insight. The first of the two brawls with the ear vocally and sonically whilst Antonelli veins it all with delicious elegance through her caressing tones. The second of the pair is a less forceful encounter though it does not shirk on bone snapping riffs and jolting rhythms to intimidate behind the white hot melodic weaves of imagination and sound. It is just another in a blistering confrontation of high quality senses enthralling songs within From The Depths.

As impressive as Parasite and Rary are they drift away from the levels of the previous songs a little, though it is down to the greatness already unleashed rather than their limitations and the band are soon forging another pinnacle with the insatiable hunger of For the Sake of the Show. The song claws at and gnaws on the ear from start to finish with even the ever fine wonder of the female harmonies and vocals unable to soothe the corrosive impact of the song. It is a triumph which leaves thoughts and senses wasted, a tempest of true pleasure.

Closing on Informulation (2011), a track which demands little but gives plenty, From The Depths is a real gem of the year. In-Sight is a band all fans of the likes of In Flames, Soilwork, Dark Tranquillity, and Scar Symmetry, need to track down. This band deserves wide recognition, no question.