A sonic quelling of the senses which leaves a kind of disorientation in its wake, the self-titled debut album from French black metallers Void Paradigm is one which certainly sparks the imagination and leaves an intriguing want to delve deeper into the band and their dark evocative sounds. The album is not the easiest of listens or the most comfortable of experiences but as an evocative encounter it is an ultimately very satisfying confrontation.

Released via Trust Records, the seven track intrusive sonic grapple upon the senses is a violent and seemingly bedlamic confrontation brought with open skill and inventive intent. The songs interestingly do not stray far from areas heard before but equally offer a new and magnetic presence crafted with imagination and finely layered textures.  Consisting of vocalist Jonathan Marquis Thery (Ataraxie, Funeralium, ex-Hyadningar and Bethlehem), guitarist/bassist Julien Payan (Yuck, Mhonos & ex-Hyadningar), and drummer and Alexis Damien (Pin up Went Down & ex-Wormfood); the Rouen trio have created a release which is a disturbing touch upon synapses with its Voivod influenced caustic abrasions.

The excellent Chao Ab Chao opens up the insidious conflict, its scorched and intense soundscape emerging from climax building 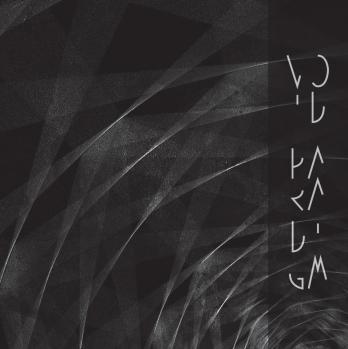 rhythms and serpentine riffs alongside acute melodic teasing, aural lime upon the ear. The combination is an incessant rub speared by the vocals squalls of Thery, his delivery borne as much from death metal as the blackened pits which spawn the sounds. The track proceeds to engage with accomplished urgency and an infectious groove which tempers the harshness elsewhere whilst offering an irresistible entrance to stronger creative nastiness. As mentioned earlier, you will not exactly find boundaries being threatened here but for provocative pleasure, song and release both stand tall amongst other releases with the same endeavour to their cause.

The following Fighting The Silence is a delicious acidic bitterness on the palate with another persuasive groove veining the tonal bruising and debilitating storm wrapping the whole conflict. Challenging for best song on the album, it is a tightly formed and adventurous expanse of sonic pollution gifted through unbridled passion which consumes and rewards with equal success. Impossible not to be absorbed by and enthused towards, the track is a masterful ravishment bringing varied flavours and styles into its corruptive tempest.

Not quite to the same effect or heights, Symmetrichaos and the title track both ensure the album continues to enthral and ask questions of emotions and thoughts. It is the other great peak of the album though which taking over from the challenging company preceding it seals the persuasion of the impressive presence of the album. Grabbing top track honours Building Cathedrals is an impacting and self-contained hypnotic journey moving from an emotive intimidating ambience through raw and brawling passions and crawling provocation on to rabid energies and hungry sweeping squalls fired in sonic discharge. It is a quite contagious track with spiteful yet thrilling grooves and lashing melodic hooks with barbed surfaces as destructive as the sprawling intensity.

Completed by the evocative instrumental Timeless Nothingness, a track which admittedly was an anti-climax to what came before, the album is a definite triumph from a band which you still feel is finding its way to creating something truly unique. If you are looking for something different in black metal, Void Paradigm probably do not exactly fill that remit but with an album which will bring a fresh and different aspect for the genre to thoughts and enjoyment, they are well worth your time and effort in checking out their offering.