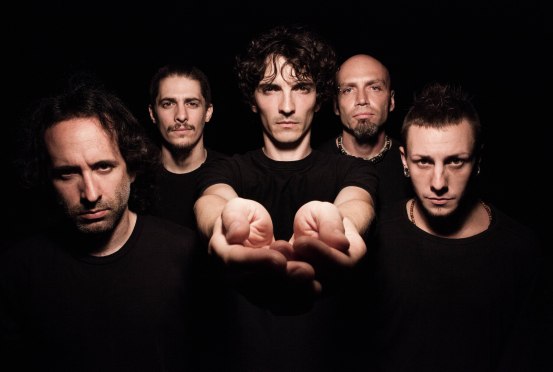 Meliora is the new album from French experimental metallers Eryn Non Dae. and is a tsunami of a release, a record which swamps without respite the senses with colossal waves of remarkable imagination and aggressive fury. Already the recipients of strong acclaim for previous album Hydra Lernaia, the Toulouse based quintet have raised not only their own bar with its successor but that of dark progressive and extreme metal as a whole. The previous album did not get the rewards it deserved but with the impressive evolution of their sound upon Meliora, one can only hope and suspect that the M&O Music released album will have no such issues.

Since forming in 2001,Eryn Non Dae. has created sounds which for a lack of a better description, find an alliance within avant-garde metal, not that they can truly be placed anywhere. It is a band which creates soundscapes of rich bleeding shadows and dark thirsty ambiences alongside unique progressive ingenuity in sound and thought as well as ferocious debilitating intensities and rhythms. They do not offer journeys which are easy or immediately accessible but without doubt make the rewards triumphant and wholly fulfilling. The band has built up a massive reputation for their craft and invention through stunning live shows alongside the likes of Gojira, Pelican, Jenx, The Ocean, Black Bomb A, Sleepers, Trigger the Bloodshed, and across multiple festival performances, as well as releases which began in 2005 with The Never-Ending Whirl Of Confusion EP. The EP was released under the name END and received great critical acclaim. With the signing to Metal Blade Records for their debut album Hydra Lernaïa in 2009, the band changed the name to Eryn Non Dae. to avoid confusion with other artists. Again the release was strongly received, the complexities of songwriting and craft as well as the impacting atmospheres garnering ever increasing positivity. As with the previous releases, Meliora was recorded with producer Mobo and simply leaves those earlier great creations in its wake.

The seven track release leaves no aspect of the mind and senses untouched, the seemingly never ending opening to first track 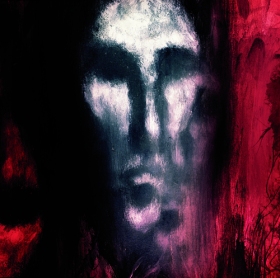 Chrysalis alone a scorched sonic heralding of destructive ambience which intimidates and ignites the tentative of openness. Once at full expanse, the track is a bruising storm of intensive sonic manipulation from guitarists Franck Quintin and Yann Servanin, caged by the tremendous skills and aggression of drummer Julien Rufié. The song ripples with thought and ingenuity, perpetually rearranging and reinventing its textures and stark atmospheres to accentuate and deepen their power and intrigue whether through melodic and reserved devices or outright fury. The vocals of Mathieu B. Nogues are as impressive of the sounds, his ease at sharing corrosive growls or whispered suggestions as immense and dramatic as the towering sounds surrounding him.

Also impressive and important is the clarity to each member the production offers whilst holding tight the intense power and presence they have as a unit. For many releases this can be an issue where their aural torrents outweighs the individual elements but not upon Meliora where bassist Mickaël André, who anywhere else might have been lost in the sonic furnace, is able to bring great depth to the tracks whilst showing the inventive skills and ideas he offers.

The following tracks The Great Downfall and Scarlet Rising transports the listener to adjacent and different emotive post-apocalyptic engagements, the first dawning on a similar premise to the first song before unleashing a doom soaked thick wrap of colossal energy and towering guitar venom. The track crawls through a varied landscape to continually intrigue and infect the senses whilst its successor is a greedier rabid sonic rage. It too though is an uncompromising and twisting proposition which nothing can be taken granted over, the song like all an unpredictable glory which flows seamlessly and effortlessly despite the obvious and unrelentingly shifting technical prowess in songwriting and play at work.

Best track on the album is Ignitus, though closely rivalled by all. It is a devastating outpouring of insidious energies and spiteful creativity, a raging aural thirst which saps the breath whilst fuelling the passions with incredible imagination and enterprise. Muto and Black Obsidian Pyre stand close by its side, both a deluge of innovation and heart borne rancor bringing the mightiest of pleasure in their individually diverse ways.

Closing with the outstanding Hidden Lotus, another inspiring and astonishing encounter, Meliora is outstanding to its very core and a release impossible to compare to others. Certainly fans of bands such as Meshuggah, The Faceless, Between The Buried And Me, and The Afterimage will devour the album but extreme metal as a whole should note that in Eryn Non Dae. it has a band which will continually stretch the wide genre to impressive heights.