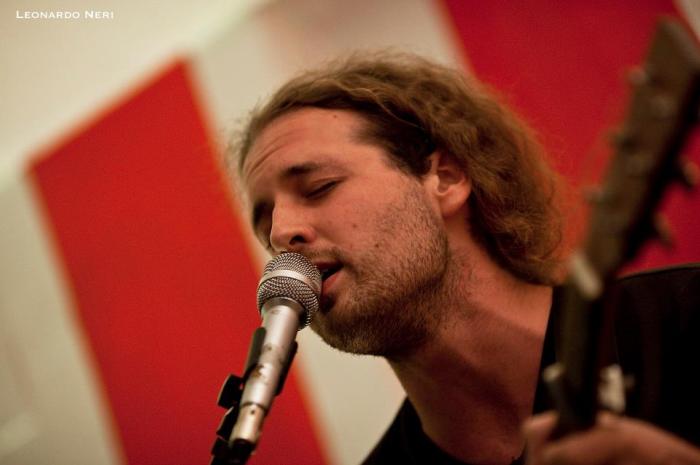 Go Forth Bright Scenic is a four album project released at the same time across four formats from British singer songwriter Stuart O’Connor. It does get a little complicated so pay attention there at the back, but each album contains its own unique collection of songs and themes to stand alone or as part of the overall project, and to equally together or individually, if the CD release which we will focus on shortly is anything to go by, capture the imagination and fire up strong pleasure.

Go is a twelve track release which concentrates upon the electronic side of music and comes on a 4GB USB pen drive presented in a unique storage pouch. Limited to just 44 it also comes with an additional 4 albums of secret material unique to this version. The album is produced by Chris Hollis and O’Connor as is the CD.

Bright offers thirteen tracks recorded through various sessions between 2008 and 2012. Produced by Craig Harris alongside O’Connor, the release searches for a more direct singer/songwriter sound and comes on, again limited to 44 copies, Tape Cassette. Containing additional unique bonus material unavailable anywhere else, the album also offers the track Recordeddirecttothiscassette which the artist recorded 44 times in 44 different locations with various musicians in attendance to make each performance and release very unique and personal.

The self-produced album Scenic is a Double Gatefold 12″ vinyl release which like the CD is released in a limited batch of 444 copies. The first disc is ‘the album as it was intended’ whilst the second is a live collaboration with Avant Guard Japanese composer Haco recorded in Kobe, Japan and once more solely available to the vinyl edition. All releases feature an array of musicians who contributed along the way to a release which was four years in the making and are all available in download form for the princely sum of £1 each but e without any of the bonus material.

The project follows three well received albums which saw great acclaim and label interest go the way of O’Connor, but fiercely independent to allow his creativity to breath he has forged his own path with this release the pinnacle to date.

Forth, the CD version is quite dazzling at times and in others evocative but always compulsive. The varied songs often throw up

unexpected delights but also at times just lay on the senses merging their thoughts and emotion with those of the listener with ease. The first full track is one of the former and sets this particular album with one of its biggest highlights. Set up by an intro instrumental which is over before you have the chance to absorb its purpose Squeaky Doors immediately has the ear drawn its way through the opening guitar strokes and the soon to follow smouldering harmonica of O’Connor and delicious ‘wonky’ double bass prods, the mix a sizzling taste of the orient and the dusty West. As the impressive vocals of O’Connor tells the impassioned tale, the track suddenly lurches into a dramatic stand through thumping keys and staccato energy. It is wonderful, adding extra excitement and intrigue to the track whilst provoking deeper emotive shadows to emerge from within song and listener. The song slips through many soundscapes as it makes its way to its final, blazing horns, mariachi kissed guitars, and Latin American passion just part of the thrilling ride.

Arguably the album never reaches such heights again but it certainly comes close, the likes of the hypnotic Default: Escape with its melodic teasing and grace, Varit with an air which is a swirl of feelings, and the mix of sultry persuasion and heated passion Note That Says, all leave one enthralled and lost in the infectious engagement of songs and album. 1-2-Seppuku is another which ignites the strongest fires to complete the album part, the track a perpetually evolving and raging torrent of sonic mastery. From its opening whispers and soothing touch it eventually twists into a storm of primal energy and pulse racing imagination, the track burning with a fire of passion and musicianship which leaves one breathless.

The CD also gives four bonus tracks, which match and in some places bypass other tracks on the album with ease. The live cut of Misfit Theatre is outstanding, O’Connor easily showing why he has such a great live reputation after performing over 900 shows in 4 years across the likes of the UK, Japan, New Zealand, Australia and many more places. The track is powerful and captivating, the musician transferring his uniqueness on record to the live setting with accomplished ease. The other tracks are demos, of which the funky Kpamlogo and the coarse treat that is Kindred Falls stand out.

Whichever part of Go Forth Bright Scenic you choose it is hard to imagine you will be disappointed, only more eager to grab the others to complete one impressive vast release.