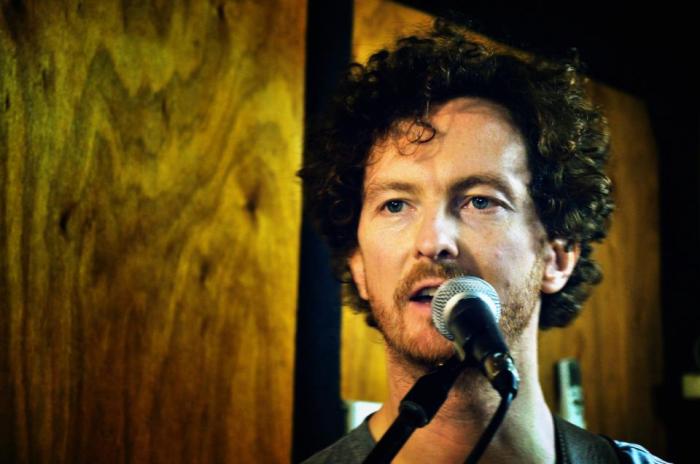 Consisting of four varied and imaginative tracks, the On Bended Knee EP from Londoner Stillman is a more than solid piece of melodic rock. Following up the acclaimed Eton Mess EP, the new release is an arguably feistier and heavier collection of songs but just as thoughtful and well crafted to leave one wholly satisfied.

Stillman is the project of Chaz Craik whose roots are set in the post-Britpop years. This release though has a rock and blues breath to its shape, a mixture of rock n roll, progressive rock and blues jazz with essences of guitar and folk rock offering their sparks too. As well as the aforementioned EP, Craik has impressed with his self-released EP The Weightless and album Blood Dark Sea of 2007 and 2009 respectively, each garnering strong positive reviews and responses, and with the first awards too. On Bended Knee is possibly his best yet, certainly the one to light up harder rock tastes.

Lyrically the release looks at those who pay the price for others mistakes, whether in world or personal issues, with anger, sardonic bemusement, and an understanding of and sympathy for the victims. The music does not necessarily match the at times venom laced words with aggression but instead makes a strong melodic and hooked invitation which is hard to refuse to lead one into the heart of the songs.

The title track opens up with instantly engaging blues laced guitar strokes, their mesmeric swagger complimented by lovely sixties bred keys. The vocals of Craik are smooth with an easily digestible tone which lies upon the ear as engagingly as the accomplished technique and guitar teases. It is the hard rock groove which seals the deal and ensures the song is one which ignites the appetite and pleasure.

The snarling breath of Swollen Air follows, the pulsating fuzzy lilt of guitars and enveloping melodies instantly captivating thoughts and senses. The classic rock lacing to the sound and a quite sizzling solo immerses the ear in fine craft and textures which only thrill and though it does not quite have the infectious touch of the first the song is strong and absorbing.

Next up Small Deaths steals top honours with ease. It is a song which just captures the imagination, its eastern grooves and funk swerves quite delicious. It reminds a little of UAE band Absolace, the mix of enticing melodies and provocative teasing perfectly and fully contagious. It is not a demanding track but without doubt the most exhilarating and satisfying, the song alone showing why Stillman has pulled such strong acclaim its way.

The closing expressive stroll of The Debt finishes the strong release, the track initially a gentle companion before evolving into fiery progressive expanses. It is song which fully airs the skilful play and craft of Craik and makes for a rich ending to a more than pleasing release. One could argue if it had more bite On Bended Knee would have been even more striking but nevertheless only gives pleasure with its fully enjoyable and stylish songs.