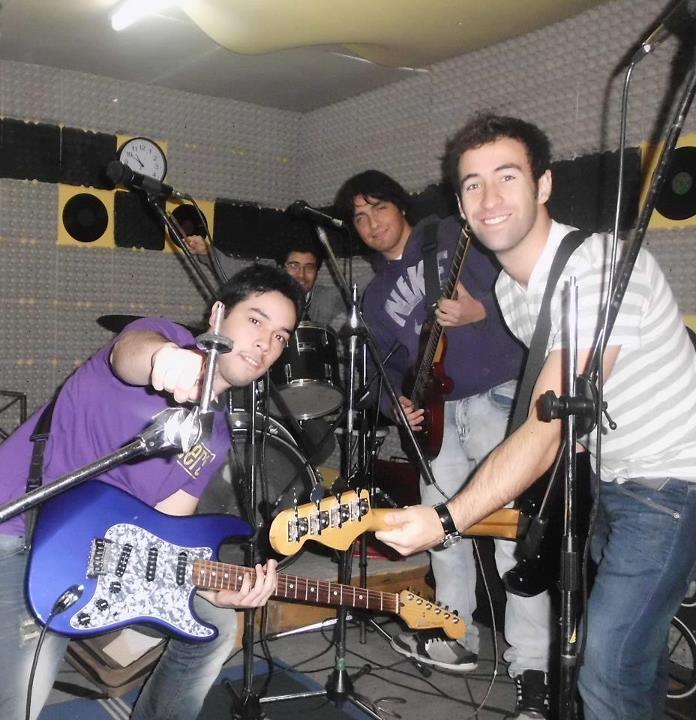 You cannot beat lean and hungry punk rock and that is exactly what you get with Retroceder Nunca, the new album from Chilean band Metanoia. It is a vibrant and refreshing slab of meaty riffs and thumping rhythms brought with inventive thought and anthemic passion, a combination which leaves one breathless and eager for much more.

Sung totally in Spanish, the release ensures that it is not a problem for us linguistically handicapped by simply firing up thoughts and emotions let alone quickening the heart rate through addictive hooks, infectious rhythms, and contagious melodies, yep the album is one feisty siren to be devoured without any reservations. Consisting of vocalist /bassist Benjamin Lopez, guitarist Claudio Bolivar, and drummer Cristobal Lopez, Metanoia whose name means the change in focus, mind and life brought about by Jesus, offers sounds which have essences in bands such as Millencolin, Dogwood, and Pennywise whilst adding some of the extra raw breath of a NOFX or Civ. Released through Thumper Punk Records it a record all punks should at least investigate if not leap upon with glee.

Translated as No Retreat, Retroceder Nunca opens with the outstanding song Evidente. It immediately sparks a strong 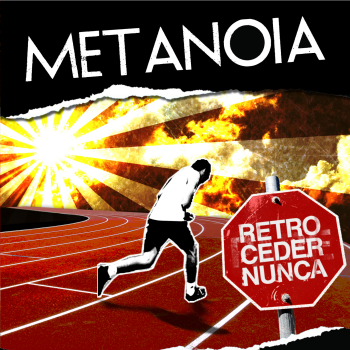 reaction with its initial building haze of energy and sonic lures, reminding of those early Buzzcocks instrumentals, before exploding into a rampant riot of jabbing rhythms and whirling riffs. Though the delivery is in Spanish, song and vocals brew an openly anthemic presence especially in the chorus, to enlist feeble but unstoppable attempts at joining in. It is a boisterous party in the ear, as all the best punk songs.

The following title track and its successor Inútil just elevate the pleasure again, the first a sultry persuasion of precise grooves and twisting energies and the second a wonderfully bruising yet warm invitation to burst into life physically and emotionally. Both are excellent slices of rock n roll to turn the appetite more into a lustful need for more. As both songs show, the trio has an imaginative wing to their songwriting; all tracks prime punk rock driven by inventive unpredictable twists and sharp deeply rewarding hooks.

Peluquero with more than a whisper of Offspring about it is another peak in nothing but highlights, its uplifting core wrapped in finely spun melodies and great group harmonies. To be honest each listen to the album offers up a different pinnacle such the quality across all its ten stirring tracks. One listen it might be this song or Evidente claiming top honours and the next it could be the mischievous Dia Nuevo with its teasing caped crusaderesque groove within its bustling dust up, the pop punkish Te Amo , or the incendiary sonics of Este Es Tu Hogar, which steal the show for that moment in time.

Ending as impressively as it started with No Me Avergüenzo and Sin Palabras, the release is without doubt one of the best punk albums this year with very few rivals to match its rewarding and totally pleasing collection of songs. If punk rock is your spark in life than Metanoia is an essential piece of kindling to get those fires raging.