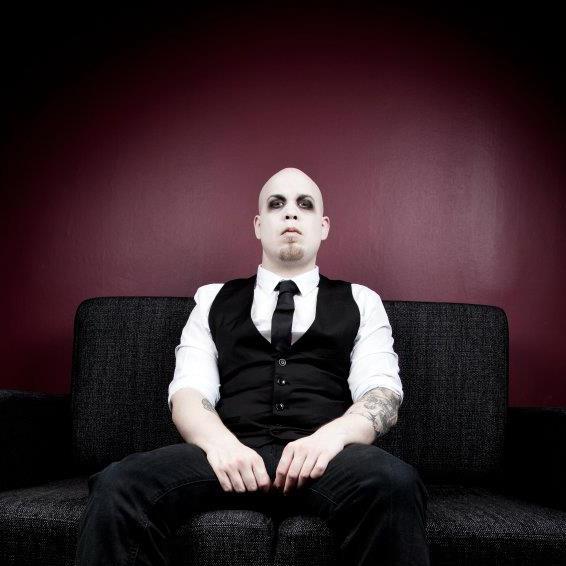 It seems like mere weeks ago that one of the best harsh ebm/ industrial releases to tease and provoke the senses this year arrived in the shape of A Familiar Kind of Pain, the debut EP from Swedish band Cynical Existence. The solo project of Fredrik Croona (Project Rotten) easily enflamed the passions and set a new benchmark for electro imagination. Now he returns with follow up release the Ruined Portrait EP. It continues the impressive blend of old school EBM with abrasive industrial invention found on his first EP whilst offering a rawer even more intensive breath. The teaser for the highly anticipated full length album Come Out And Play scheduled for an early 2013 release, the EP like its predecessor leaves an invigorating and decisive pleasure in its wake.

As soon as Misery stretches out its mesmeric arms, melodic pulses splashing upon the ear, the sense that the song 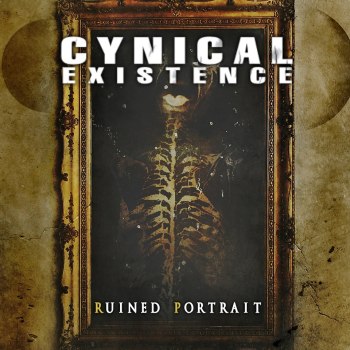 and release is set to leave an imprint on the heart is immediate, the sonic seduction full and strong from the off. The serpentine vocals of Croona wrap around the shafts of aural light with the man again unleashing personal emotions into his compositions. His delivery is not as venomous as many but soaked in unmistakable shadows which add extra depth to the power of tracks and temper the often dazzling sonic radiance. Though arguably not a major departure from the tracks on A Familiar Kind of Pain, it feels darker, carrying a more abusive or abused energy in what is a vibrant and compulsive presence.

If the opener is a darker proposition the following Am I Alive is a definite plunge into sinister shadows, the vocals bordering on insidious and the accompanying whispers intimidating. The track is magnetic, the lure of acidic melodies irresistible whilst the caustic tones of the song just ignite further contagious entrapments. The best track on Ruined Portrait; it is a taunting combative glory to immerse within and succumb to.

Next up My Shining Halo initially weaves predatory sonic hooks before the ear, their attractive beckoning a wanton mischief,  before rampaging with further heavy touches and salty rubs to form a raw surface to the insatiable melodic swagger of the song. Approaching midway the track goes into a ‘stall’, its eager pace shifting into a prowling sizing up of the prey before erupting swiftly back to the hunger and rampant onslaught which started the corruption. It is another sensational seizing of thoughts and emotions whilst simultaneously, along with its predecessors, inspiring an intense impatience for the forthcoming album.

Let’s Play Dead featuring Polish band Reactor7x, wraps blistering tendrils of sound around the ear whilst the alternating vocals expose extremes of shadows within the sonic softening up of the senses. It is less immediate than other tracks but equally as impactful in its individual way. The jabbing beats cage emotions as the song lays its erosive harmonic caresses and caustic malevolence upon their ethereal flesh, their power cutting off any escape from the almost disorientating experience.

The release is completed firstly by a reinterpreted version of Face Of God by Moscow based industrial project Freaky Mind, and then by two remixes of tracks from A Familiar Kind of Pain. What the difference is between a reinterpreted version and a remix we will have to find out, but the first of the trio is an excited swarm of energy and sonic manipulation, the sounds swamping yet igniting the vocals of Croona for a dance track which fires up good reactions. The other two tracks are remixes of the best and our favourite two songs on the debut EP, and as such were on a hiding for nothing.  Both Insecure (IMPLANTed fear mix) and Paradox (Filtered through MIND:STATE), remixed by Implant and Mind:state (fellow Swede Per Holmström) respectively, are impressive reworkings which open up new thoughts and visions within the tracks but both pale against the brilliance of the originals for us. As always we admit the valid purpose of remixes still generally eludes us, especially when the source is almost untouchable, but given some time to make their case both tracks certainly gave food for thought, especially the jazzy exploits of the first of the two.

Released via  Alfa Matrix with  impressive cover artwork from one of teh best emerging artists in OneTwoTree Designs,  Ruined Portrait is excellent, a release which not only cements Croona as one of the essential contributors to the landscape of industrial but ensures next year and the release of his album cannot come soon enough