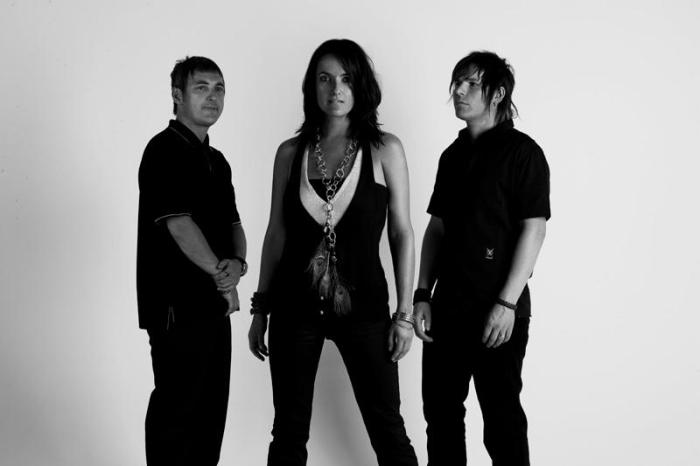 Five years after previous album Damage, British electro/rock band Kosheen return with Independence, a release to set them again to the fore of electronic manipulation and melodic grandeur. The album will be an irresistible treat for fans of the band and electro music, the exciting and adventurous soundscapes and sparkling pop excursions within, a teasing and magnetic delight. For those like arguably us who prefer their electronic sources to intimidate and force reactions rather than invite like Kosheen, there is still more than plenty to enthuse over and recommend to more eagerly devouring hearts.

Consisting of sound conjurors Markee Substance and Darren Decoder alongside vocalist Sian Davies, the trio in the intervening years between albums have been working on other projects and in the case of Davies, collaborating on songs as a guest with varied producers, including DJ Fresh for the track Louder. The time has also seen the band leave their label to set up their own, Kosheen Recordings, and taking charge of their own destiny. 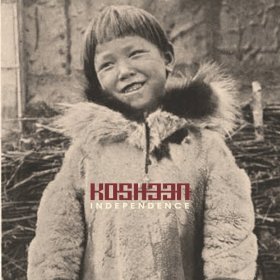 imaginative sounds track after track. It opens with Addict, a song which has a familiarity from its initial emerging shadowed whispers through to its rich creative sounds and glorious vocals. It is hard to say the track sounds like anyone or thing else but it certainly sways in the ear like a previously introduced and welcome companion. The mesmeric kiss of the track is irresistible whilst the darker pulses add a luring depth to keep things balanced and wholly intriguing. The voice of Davies is as ever just sensational, her vocal caresses worth the admission fee on their own whilst the compulsive eighties early Human League aural kisses equally ignite a feverish appetite for their potent sound.

First single from the release, Get A New One, follows to leave one enamoured and breathless, its electronic spotlights and meandering weaves dazzling one into subservience. As much as one tries to stay away from the reference there is a certain Eurythmics spice to the track which dances like a flaming beacon within the pulsating and delicious sounds. The song stomps with sultry teases and melodic pouts whilst hypnotizing senses and passions with rapture seeding mastery. It is easily the best track and the perfect invitation to ensures delving into Independence is the minimum thing to do in regard to the band.

Tracks like Tightly with its celestial shimmering and the brilliant Bella Donna only elevate the majestic creativity and enchantment, both aural roses in bloom with sensationally vibrant colours and fragrances with the second in particular just a siren but with a heart to leave only rapture from its embrace. At this point the album is already showing strong diversity as it pulls the ear into the pounding dance excursion of Dependency. Initially it appears to be unveiling sinister dangers for the senses to enjoy and contemplate but midway evolves into a mellower soulful melodic declaration before merging the two. For those previously mentioned harsher preferences, the song offers much but delivers less, though it is impossible to say it does or offers anything wrong, or is less than impressive.

From here on in the album is arguably more inventive as a perpetually twisting affair but loses the contagious command and appeal of the opening parade of songs, for again personal desires. Manic is an acutely crafted flight through chilling shadows and heated shafts of melodic sun whilst the instrumental Zone 8 is a canvas of evocative manipulations and striking cosmic expulsions which in its relatively short journey works extremely well. Neither leave one entranced as with previous songs but like the remainder of the album are an array of intriguing ideas and contagious tapestries. Tracks like the glorious Something New, which emerges as a definite favourite, and the summery hazy pool of sound that is Out There as well as the early Depeche Mode like Waste, do though ignite strong emotions and the intent to return often, showing there is easily more than enough quality to draw in again these sonically blood thirsty tastes.

It is fair to say Kosheen have returned stronger than ever. Whether Independence is their finest hour is for their fans to say but certainly it is an album which exposes a well of pleasure with ease.