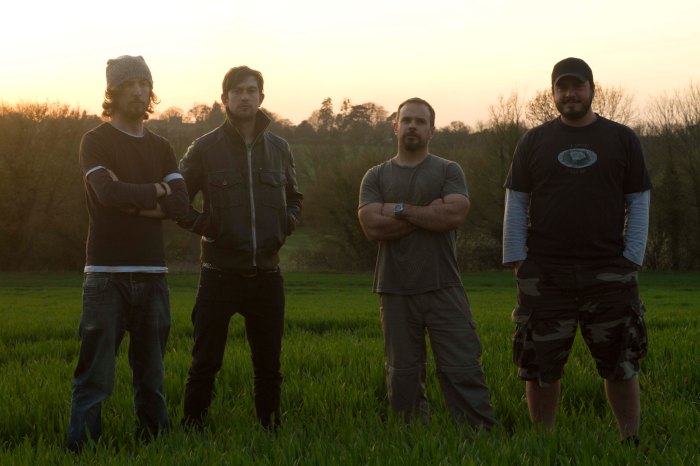 Though they have been producing their distinctive style of creativity for well over a decade, the EP Man::Instincts from Monsterworks is our first introduction to the band, and a surprising and initially disorientating release it is too. Consisting of three songs which evolve within the ear, the release is a hypnotic and wide array of sub genres and metal flavours. Unpredictable and intentionally challenging, the EP is a provocative brew of styles with rewards which are vibrant, compulsive, and wholly enjoyable.

From Wainuiomata in New Zealand and now UK based, Monsterworks has across their fourteen years as a band, released two demos and seven albums which going by research and the sounds on this their debut EP, have more than likely all treated the listener to startling and uncompromising invention. Previous releases has included a metal space adventure concept album which came in the two parts of Spacial Operations and Singularity in 2007 and 2009 respectively, and last year an album which explored philosophical territory, The God Album. The band creates music which surely is as a big an irritant to those which have to tag and label as salt is to slugs. Their sound is a striving perpetual and fluid weave of sounds; classic, stoner, black, power, a mere few of the mass of multi metallic essences woven together in a seamless soundscape of imagination. Arguably it should not work but it does and effectively as Man::Instincts easily proves. 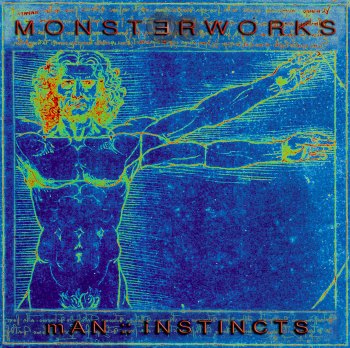 within moments, the melodic heat rippling off their play mesmeric. The song soon brings a muscular breath to its flight as black metal vocals scowl with venomous intent and classic metal cries permeate the background. As the tempered but brewing storm of sound wraps the ear the song is a warm consumption which ignites with fiercer surges as it moves into a folkish progressive climax. The guitar play of Marcus and vocalist Jon is skilled and constantly enthralling whilst the rhythms built by bassist Hugo and James on drum, are forceful without overpowering or deflecting from the craft of the song itself.

All Suns Die erupts with an instant blackened scramble upon the senses, the disruptive and shifting rhythms explosive and agitated. As it progresses the track explores melodic rock, progressive metal, heavy metal and more. In a mere three minutes or so it encapsulates a maelstrom of aural spices like colours within a jigsaw and like that it all fits perfectly and flows as one. It is instinctive with no sign of elements being forced or added just to be different. There are moments personal tastes are not quite sure about but it is never an issue to derail the quality and enjoyment given.

The closing track Free Will has a feisty intent, its trash surges raising the heart rate amongst the blackened veins and classic shrills. The song is arguably less eclectic of the trio, preferring a less changeable core but is no less impressive and powerful. It is true to say there is something for everyone on Man::Instincts and no doubt their albums too, though possibly for some the vast expanse to the music in its diversity will be a challenge too far, but you do not know until you try, right?

Released via Mortal Music as the second in their series of digital releases which began with the excellent IV v1.0 from ION VEIN, Man::Instincts is an excellent introduction to newcomers and continuation for existing fans.  With whispers that the EP is a taste of what is to come within future album The Album Of Man, anticipation and the need to discover the back catalogue of Monsterworks is eager.