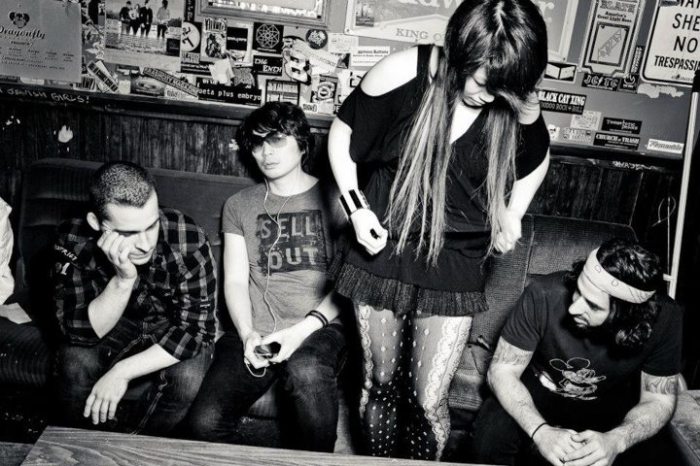 The Social Season EP from US indie pop band Late Cambrian, is one of those releases you cannot help becoming enamoured with, its vibrant and excitable pop heart a smiling and infectious tease. The EP offers up five songs which ooze eighties new wave and melodic pop flavourings within the mischievous personality of a Weezer. It makes for in Late Cambrian, a band which you feel you already know as a friend before even the end of the first song and a companion to bring out the inner smile.

The Brooklyn band were formed by ex- Flying Machines and The Attorneys, John N. Wlaysewski (guitar, vocals, songwriter) who alongside drummer Colin Schiller began recording their debut album The Last Concert in early 2011. During working on the songs the band saw the addition of O (synth, backing vocals), her glowing voice enhancing some of the later songs recorded. By late March the same year, the band made their live debut with bassist Nunzio Moudatsos (A Crimson Affair) also on board. Social Season is the first release with the full line-up and probably the first enterprising introduction for many to the fun sounds of Late Cambrian, but better late than never. 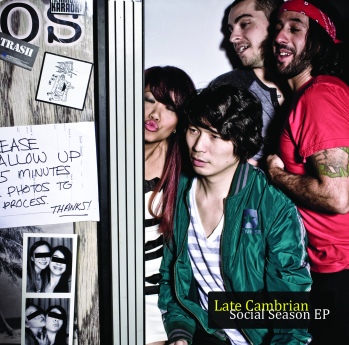 across the US and beyond. The song drives a thumping beat through the ear guided by contagious riffs and jangling melodies which only ensure eager attention. Once the shining harmonies and warm vocals play within the sounds the pull is irresistible and openly anthemic, defying all not to join in with the simple chants and chorus. To be honest like all the songs, it does not try to bend boundaries or break out into new inventive realms for indie pop, but certainly makes finding many rivals in the deep contagion stakes difficult.

The following Trash Show has a slight punk swagger to its boisterous presence to bring a mix of Arctic Monkeys, King Prawn, and Presidents of The USA. As the guitars twist and flash across the ear and the vocals coax the senses into further addiction, the song is like an old friend returning home. The sounds and energy of the track is instantly recognisable but equally and immediately fresh and rewarding, indie pop punk at its best.

Already on a high the EP gets even better with Song 11, an enthused stomp which ignites all the primal rhythms and melodic passions within. The Monkees meets Blink 182 with Maximo Park for company, the song is a pulsating and riotous thrill which has an insatiable hunger to exhaust the senses and bring the heart to a climax. As before the song has one accompanying its voice and limbs thrashing to the wonderful discord which spices the guitars and boisterous energy. The combination of Wlaysewski and O when they come together is stunning and in general the harmonies are delicious. The song also features a solo from Brendan Brown of the band Wheatus which only ignites further enjoyment.

Hand Stamp reins in the energies a touch but still is a feast of melodic joy, the bass pulsating besides the air heating slices of guitar and vocal harmonic elegance. The track does not quite have the pulse rate soaring as previous songs but its warmth and sweet taste is a rewarding dessert to what came before.

Social Season ends with the instrumental Saint James, a track which probably means a lot to the band but is a little lost on others. It is a great piece of music skilfully presented but does not fit with what went before so feels ultimately like a filler. It does have a departure of sound which opens some different anticipation to things in the future from the band though to be honest.

Late Cambrian is one of those bands we all need, fun, excitable, and able to put a smile on the face with  richly pleasing and open infectious sounds.