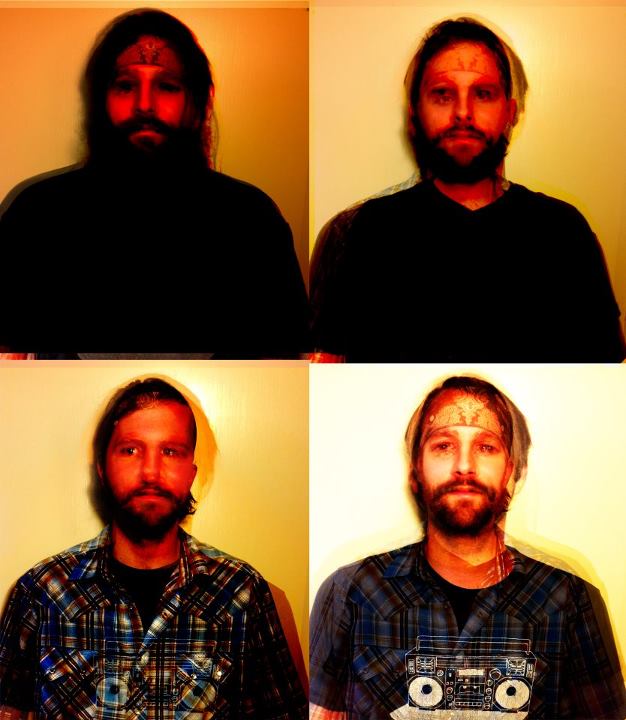 Established in their home state of Tennessee, alternative rock band The Horror Vacui seem ready to take the next step into a wider recognition and spotlight. That is certainly the impression one gets from their new EP Scissor Crystal Eyes. Following up their well received debut album, the new release is an impressive and expressive collection of songs which shows a band accomplished in sound and songwriting.

The Nashville quartet of Kyle Kelly (vocals, guitars, synth, percussion), Ted Fox (guitars, piano, percussion), Rico Whitfield (bass, synth, vocals), and Jonathan Parrish (drums), from the EP alone seem a quartet with firm sights and intent on their direction musically and as a band. The impression one gets from the four songs on show here is that the band is still evolving into their own distinct sound but possess already craft and invention to create striking and fully enjoyable songs.

Formed in 2010 with their first album coming the same year, the band immediately after the release of their debut won the Ditto Music Live Battle of the Bands, a prestigious event which saw them beat 42 other established acts in Nashville. A flow of live shows and first single Melete Thanatou followed, all gathering more and more acclaim which with the release of Scissor Crystal Eyes which was recorded with Lloyd Aur Norman and Jonathan Paul Parrish at Villain Place, should only grow and grow.

The Horror Vacui, pronounced vac-u-eye, open up the release with the best song Futile Arrangements. With an 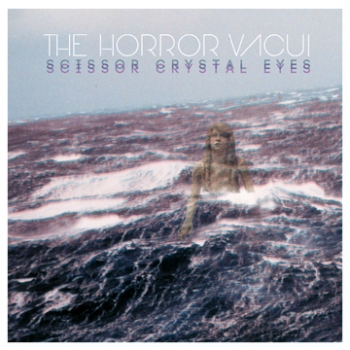 immediate hypnotic hook and pulsating bass the track brings an instant heated presence before the ear. The vocals of Kelly have an expressive emotive tone and combined with the electrified atmosphere brought by the synths and guitars there is a Placebo/At The Drive In feel to the track as well as flavouring which reminds of the likes of Post Adolescence and Mind Museum. The song has an almost bristling intensity throughout which ruffles the senses whilst exposing them to excellent melodic caresses and sonic invention. As it makes its journey the song opens its slightly discordant charms to even greater effect and emerges as certainly one of the most infectious but fully rounded songs this year.

The following Million Gunshots enters on a more restrained though no less passionate swagger. Another great riff and sound from the bass fuels the song alongside incisive guitar play and firm and punchy rhythms. It has a more fluid flow than the opener though maybe lacks the jabbing intensity, but is an equally impressive piece of songwriting and realisation. It almost stalks the ear with an intimidating energy whilst distracting it with excellent melodic and sparking invention, and continues the excellent start to the release.

All In My Mind and Time To Die show a variation in the release and sound of the band. The first is an emotive ballad which coaxes the ear with crystalline melodies and crooning guitar designs. From personal preference it lacks the power and thrill of the previous song but there is no denying the beauty and passion which lights up the air within the song. The second is a similar heart borne track which tugs on the emotions with a needy plea and outstanding grace. It is rare for a ballad to have an anthemic feel but the song certainly gathers up ones thoughts and emotions to bring them into play through its ambient and feistier moments. It is a glorious song which grows and grows on the heart through each visit and finds a definite place in ones affections.

The EP closes with Ink Spills, a song which with its almost grouchy bass sounds adds further variety to the release. It has a strong and full atmosphere with again a heart spawn passion and instinctive energy. The heaviest and most intense of the songs power wise it is an excellent slice of rock which only lacks a lingering presence after its departure to truly ignite fires.

Scissor Crystal Eyes will be an introduction for a great many people to The Horror Vacui and it could not be a finer welcome to their natural and striking sounds. The band are well on the way to finding and exploring the markets further afield they seek with this excellent EP, now it is up to you to welcome them.