In Clear Sight – Fuck Fairytales, This is Reality 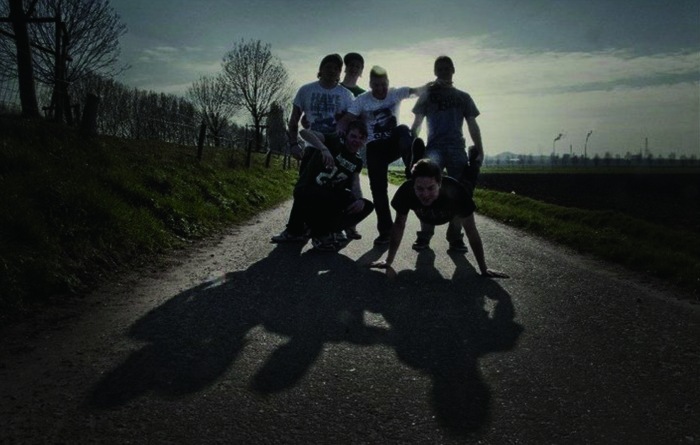 Belgium hardcore/metal band In Clear Sight deliver a fully satisfying bruising upon the senses with their debut album Fuck Fairytales, This is Reality to reinforce the growing respect and positive responses which have been gathering around them. Released through Clenched Fist Records the release like its title suggests is an honest no messing slab of truth and intensity which is as direct and aggressive as you could ask for.

Formed in 2010, the Antwerp band have brought a reputation for impressive and lively shows which have seen them play alongside the likes of In Blood We Trust, Providence, Onesta, The Setup, 8control, and Screaming Silence to name a few, across their homeland. Line-ups changes occurred early on but once the current union of vocalists Roger Junior De Koning and Kenny Thys, guitarists Tom ‘rosse’ Van Bouwel and Tijs Hostyn, bassist Yannick ‘yakke’ van de Venne, and Gael Renier on drums was in place the band began to make a bigger noise which was noticed further, something the album will surely accelerate.

Influences for the sextet include bands like Terror, Wall Of Jericho and Hatebreed, which with the hardcore spicery of a 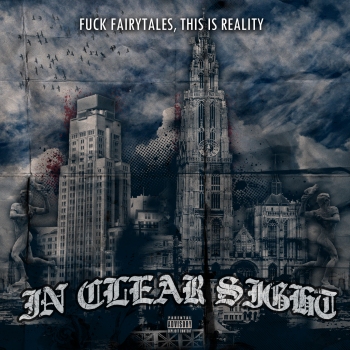 Madball and Sick Of It All are vibrantly open in their music. The songs on Fuck Fairytales, This is Reality are confrontational and provocative to leave one in no doubt to their intent and views. Lyrically they deal with the corruptive situations and politics in world, social, and personal lives with an in your face and challenging stance. In Clear Sight is not the most brutal band around nor do they make music to extinguish the breath within the body, but with an accomplished skill and craft their music is as violent and provocatively intrusive as can be heard anywhere.

Off of the splintered intro, a piece which seems there to soften up the senses for the main assault, the album explodes into life with Divinity. One of the best songs on the album it jabs and slaps the ear into submission with finely crafted and precisely placed ebbs and flows of intensity. The attacking twin vocals of De Koning and Thys are outstanding and pleasing, both unleashing individual degrees of caustic and scouring growls and shouts to stay clear of the clean and dirty mix of attacks so many bands now employ. The rhythms of Renier are equally impressive whilst the riffs and thunderous energy of the song leaves one stirred and bristling with enjoyment.

The following Back In The Day and Big Boy surge with a sheer potency of power and skill raising the excitement further. The first stomps all over the ear with a punk toned hardcore rifling through the senses, like an agitated bear, burly and intent on damage, the track is a controlled yet mighty fury. It is succeeded by a less intense but equally testing assault in Big Boy. With melodic spirals veining the forceful intent the song shows diversity to the release and songwriting as a whole. It never strays from the aggressive heart of the band but brings fresh well crafted ideas to bring more originality than other similar powered bands.

The rampaging We Count You Out and Struggle For Life add their own formidable weight and strengths to the album but further bigger highlights come in the shape of the excellent melodic instrumental The Silence and the closing tower of abuse which is Crucial Pain. The first is a wonderfully composed and emotive piece of music, its atmosphere as enveloping and powerful in beauty and intelligent invention as others are in anger and vehemence. The elegant piano play coring the tune is pure expression and further shows the skill of the band and possible fields of diversity ahead. The final song simply rips a whole in the fabric of safety with its crushing ominous presence. Certainly the most antagonistic and muscular song on show it is a near crippling end to the album to leave one looking ahead at the band with an eagerness as strong as it is for diving right back into the torrent of abuse just welcomingly felt.

Fuck Fairytales, This Is Reality is not an album to take the band to the top step of the genre but without doubt will open up much more in their immediate future m. It is an album to set in motion something impressive not only for In Clear Sight but for European hardcore music as well. www.facebook.com/inclearsightcore