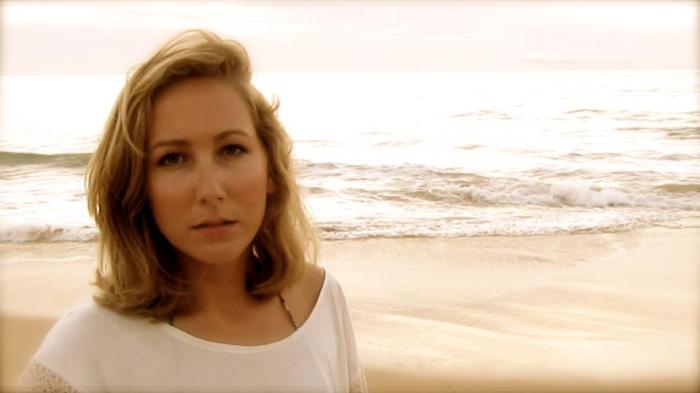 It was last year that Lizzyspit or Elizabeth Knights to her Mum, first captured our attention with her outstanding EP I’m Alive You Know, a release which enchanted not only us but also the likes of Emily Sandé, Janice Long, and Steve Lamacq, and a growing wave of new fans. Since then she has seemed relatively quiet though that is probably down to the fact she has relocated across the globe. The London girl has gone and moved to South West Australia, and there we were about to offer her an all expenses slap up meal, oh well. Now settled she has returned with her acoustic guitar primed and ever captivating voice in full song with a double A-sided single Home/ Gypsies, Tramps and Thieves.

The two tracks were recorded last year before Lizzyspit made her big move and were songs which found an eager reception when introduced in her live shows previously. Teaming up with producer/designer Matt Schonborn who worked on her previous single Talk You Down, she recorded the pair of songs just before 2011 closed her eyes and it has to be said they are arguably the best thing she has done to date.

Home is a song about a surfer who is prevented from going home to the ocean by his life in the city, the track visiting

the emotions behind the situation and its developing journey to a heart fulfilling conclusion. The song can be translated to any personal life where one is prevented or removed from where the love and heart truly is and makes for a thoughtful and provocative piece of songwriting. Lizzyspit caresses the ear with her again and to be honest now expected exceptional vocals and emotive grace as she offers  understanding and comfort to the focus of the song and any personal issue that it maybe incites. It is a wonderful song which confirms her as one of the most engaging and impressive indie folk artists in the world.

Obviously Gypsies, Tramps and Thieves is a cover of the Cher classic and what a fine version it is. The fully impressive thing about it though is that Lizzyspit has not taken the easy route as most artists seem to do and simply covered it. She has turned it into her own song, reinvented it with an emotional and haunting breath to create an easy rival in quality and power to the original. With absorbing harmonies and an electric presence behind her acoustic tenderness and deeply expressive vocals, the song is immense and further unveils the imaginative and creative craft of Lizzyspit.

Released June 25th this wonderful single should elevate her into a wider realm of recognition and acclaim.

To mark the release, Lizzyspit is giving fans the opportunity to win a personally written song. Fans can tweet the singer (@Lizzyspit) their reactions to the new record Home/Gypsies, Tramps and Thieves. One winner will be selected at random and the song, when written, will be videoed and uploaded to her social networks.

Lizzyspit will be back in the UK this September, and will be performing a series of gigs, live in the flesh. Watch this space for further details.