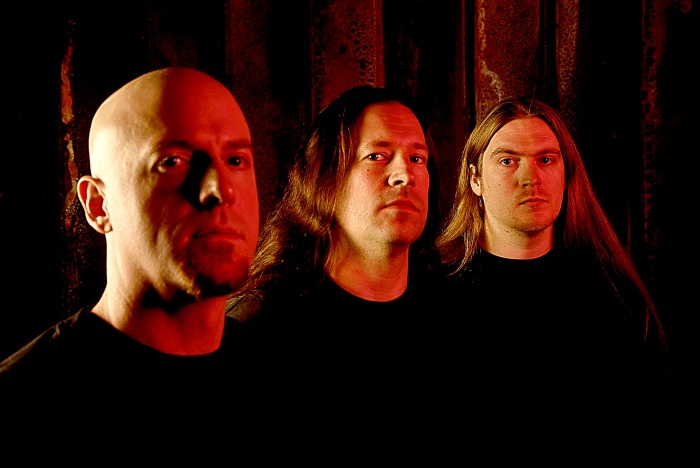 As technically intrusive and eagerly brutal as ever, death metal legends Dying Fetus return with their seventh album Reign Supreme to prove they are no spent force and still able to stand  in the frontline of the genre with ease. The album finds the band as uncompromising and vicious as ever with their technical side of their heart as concise and manipulative as the aggressive half is violent and destructive. It makes for an album which leaves only debris in its wake and enthused submission before its power.

Released June 19th via Relapse Records, Reign Supreme actually raises questions whilst quite simply bringing the fullest satisfaction. The album is pure Dying Fetus the band offering what they excel at without venturing down particularly new roads, just adding a detour or two along the assault of the album. This makes it relatively unsurprising but still a feast of what they do best and what people have devotion for, thus a great bruising time and plenty of impressive sounds to be consumed by. Saying that though from the initial introduction to the album igniting gasps of instant pleasure the flowing few plays caused that reaction to evolve into a lull of fervour as certain aspects emerged. The arguable lack of anything we had not heard before and an overplay and repetition of certain things which wore a little thin, openly stuck out but as continued attention was given the tracks then shifted again and striking slithers of creativity and imagination leapt out to re-ignite that keen emotion again. Basically Reign Supreme managed to do that rare thing of bringing an indecisive overall view towards itself. For sure the album is excellent, few do this style of death metal better but should we expect more from the band? Then again they have brought more it just does not leap out which again makes one wonder if it was not enough. Countering that the album is a fully rewarding pleasure to share time with, and that is the main thing surely. 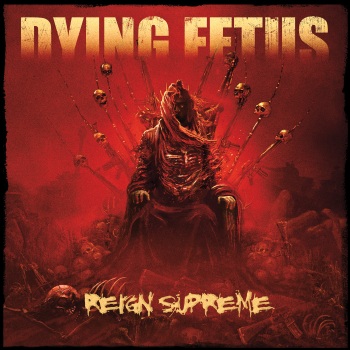 Next Subjected To A Beating enters to chew on the carcass left by the opening abuse of the senses. It is a persistent and again unrelenting surge of corruptive grooves flanked by merciless rhythms and bludgeoning riffs. The dual vocal attack is at its best with black bile dripping off every word and aural expression. Nearing its climax the track punctures the ear with a combination of a great devouring doom bass riff and sonic guitar conjurations which scale the synapses as forcibly as they do their notes. The blend works great but the mounting climb of ear scorching sonic bursts already begins to outweigh their quality with their frequent presence and this is only track two. The song though is a striking slab of muscle which again is easy to revisit.

As the album progresses the likes of the outstanding Second Skin with its insatiable thunderous persistence, the senses stripping From Womb To Waste, and the spiteful In The Trenches leave one impatient for more. The last of the three is a barrage of artillery precision and ferocious drum attacks supported by combative riffs and deep grooves to wake up the dead their lure so contagious. Lyrically the socio-political drive of the band has never been more confrontational and intense, and as we have come to expect their intent as invasive and striking as the sounds they lash out from. Every song punches low and hard, each an undeniable statement of directness and power.

The most grievous track on the album comes in the primitive Devout Atrocity, the lush pit borne bass spine a glorious expulsion of venom alongside riffs which flay the ear as harshly as the underlying groove scours the wounds. Ending on the rugged assault of The Blood Of Power, a track which closes the album with one final unbridled pummelling, Reign Supreme is an outstanding album and one of the biggest pleasures this year so far. The only question is could we have expected more from Dying Fetus upon it or are we just being extremely greedy?