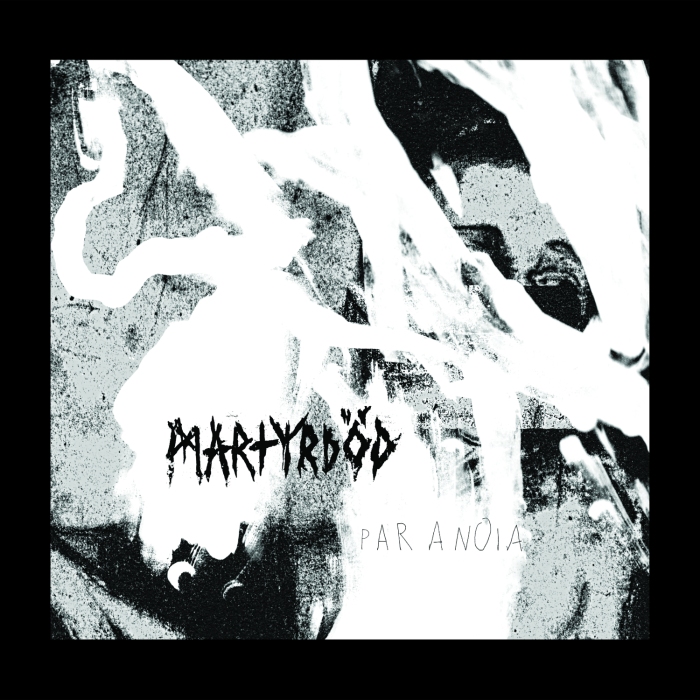 Paranoia the new album from Swedish crust punk/D-beat band Martyrdöd is quite simply a blistering assault upon the senses. The eleven track blast across the ear is merciless and brutal, the crushing intensity it infiltrates with is at times overwhelming but ultimately very rewarding thanks to the skilful and imaginative underlying melodic impactful invention. The first release since recently signing to Southern Lord it is hard not to be confronted by and seized by the sounds the album for the fullest satisfaction. Though admittedly it is not the easiest of releases to engage with certainly initially, it is ultimately one of the more impressive extreme metal releases this year so far.

Since forming in 2001 Martyrdöd has been a persistent and challenging contributor to underground metal through their always impossible to ignore releases. With ex-members of the likes of Skitsystem, Agrimonia, and Miasmal, the band had a dedicated following which has grown through each of their outputs and live shows across Europe and the US. Paranoia was recorded at the infamous Studio Fredman (At The Gates, Amon Amarth, Opeth) and has emerged with the band arguably even more aggressive, intense, and full of discord and disassembled melodic invention.

From the opening Nog Är Nog the band is snarling and scraping flesh with decisive guitar play within angry riffs. The addictive scorched groove offers slight respite but the track takes no time in scouring the senses with abrasive melodic play and unsophisticated venomous vocals. As the whole album the lyrics are in Swedish but the malcontent and passion behind the lyrics is unmissable.

As tracks like Överkom Er Rädsla, and Klassfienden follow, the rabid intensity shows no sign of abating instead becoming even more forceful and spiteful. Each track though brings compulsive invention to line the insatiable energy and malevolence, their blackened and acidic melodic conjurations twisting and turning with fresh poison in each song. The second of these two lights up the ear with an initial attention grabbing rhythmic attack before plastering the senses with barbaric riffs, beats, and venomous guitars.

The album is firmly consistent if at times under a similar consumptive mass but with concentrated endeavour the full diversity of the songs are to be found. As mentioned it is not an easy listen but as here many releases needing focused intent and patience are the most satisfying.

Ett Hjärta Av Eld, title track Paranoia, and Köttberg, are easily the biggest highlights on the album. The first is a sprawling expanse of insistent energy and enveloping droned guitar menace. The track writhes and teases with a muscular breath and intrusive touch without fully violating every inch of the senses instead leaving them sizzling under its mesmeric distressed melodies. The other two of the trio are similar in their ability to manipulate and offer a hypnotic pull though Paranoia is a far nastier and caustic track whilst the latter of the three is a visceral aural destruction of the synapses.

Paranoia is a fine album which demands and deserves more attention than maybe most will want to give but dive beneath the vicious surface skirmish of aggressive energy and Martyrdöd give you far more rewards and fulfilment than many other releases especially of the extreme nature.