Home › Music › The DeRellas : Stick It To The Man Single

The DeRellas : Stick It To The Man Single 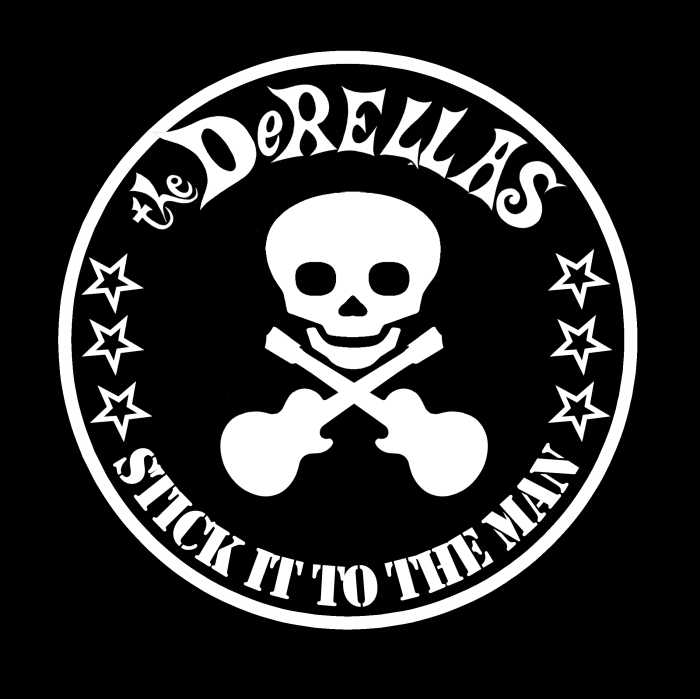 If you ever had the misguided belief that the heart and spirit of classic 1977 punk rock had dissipated and been lost over the years than stand by to be reminded and shown by the eager and mischievous new single from  UK rockers The DeRellas that it is alive and bristling to kick your butt. London based with members coming in from Brighton and Portland, The DeRellas do not take you back to the time when attitude and music raised its middle finger and stirred up more than just dust but bring it forth as if it had never laid dormant.

Records, badgers the heart and inspires urges of mischief with two varied songs reaped from and oozing UK and New York punk, dirty, belligerent and out for a good time any way they can. There is no pretence or attempts to be anything more than they are, just honest, irrepressible rock n roll. With a fine live reputation from playing with the likes of Hanoi Rocks and The Germs the band translate it into a rampant energy that fuels their recorded sound.

First song Stick It To The Man hijacks the ear with boisterous beats and gang chants before opening up the pace with stirring guitars and the baiting vocals of rhythms guitarist Robbie DeRella, who alongside lead guitarist Luca DeRella tease and taunt the essences with uncomplicated and sleazy melodies. It is the incessant bold rhythms of Alex Skinny DeRella alongside the moody bass of Timmy DeRella which capture and ignite the imagination with their glam rock open wantonness. Imagine Sweet or The Glitter Band in a booze addled union with The Dead Boys or The Flys and you have Stick It To The Man. The gang chants and rock n roll spine recalls the height of the great sounds heard at CBGB’s as it brings New York punk and 70’s sleaze/glam elements together to great effect.

Coupling the lead song is the excellent Go Go DeRellas, a scuzzy electrified Ramones homage/garage punk infection. A tongue in cheek instantaneous pleasure the track is simplicity at its best, easily accessible and an irresistible invitation to join in. The sound is equally powered with unrestrained rhythms and inciteful riffs that brings the original New York punks into a party blitzkrieg with Johnny Thunders, The Vibrators, and Suburban Studs.

The DeRellas wear their influences on their sleeve without an ounce of predictability or venturing into dullsville. Yes you can pick recognisable parts out and know their inspiration but it is brought with a flair and energy that sets the band as one of the most refreshing punk bands around and a band which is not only keeping the original sounds and intent alive but living and breathing it.