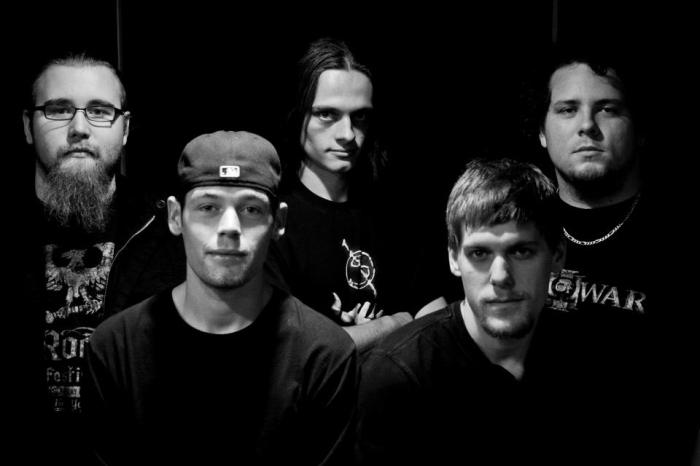 A Constant Struggle the debut album from US rock band S.I.Q., is one of the most intriguing releases to appear in recent months. It is a stirring and thoroughly enjoyable release which ignites the senses and emotions whilst provoking thoughts and questions. If you are looking for a release to bring you striking rock sounds, adventurous invention, and satisfying slices of metal as well as leaving you with food for thought than A Constant Struggle is the release that you should check out.

Formed in the Summer of 2009, the Charlotte N. Carolina band took no time in grabbing attention with their imaginative progressive sound and were soon playing the top local venues, winning  two battle-of-the-bands events, as well as making their first demo. Line-up changes  ended in the current quintet of founders, vocalist Ashton Johnston, guitarists James Nelson and  Philip Rich, bassist Cole Millward, being joined by drummer Paul Wood. Together the five piece entered Knothole studios at the twilight end of 2011 to record A Constant Struggle, bringing all their very individual and distinctive talent and ideas together to create a fully collaborative album which is infectious, captivating and provocative.

S.I.Q. (Society in Question) are a band which obviously from the evidence of the album puts full thought into every aspect of the album from music, to lyrical content and the presence that fuels it. The songs within the album feels closely linked, part of a journey or theme though it is not openly obvious or it is simply being missed. It might just be the passion and heart of the band pouring through into each track but there is a definite bond between the songs which is as intriguing as the sounds and ideas within them. 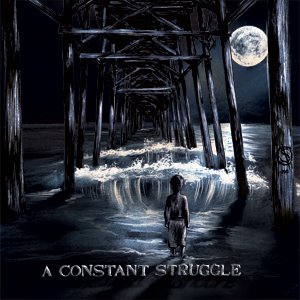 bubbling melodic beckoning towards the ear. The song soon expands into a striking creature as the track slowly rises to its feet. Muscular riffs start flexing and leading the cause as the fine vocals of Johnston starts unveiling the heart of the song. The riffs continue to niggle and badger the ear as the melodic invention infuses within the powerful intensity. Lit up by the magnetic pull of the melodic enterprise that pours from the song as it progresses, the senses are captivated and eager to drive further into the album though the lengthy ten minute opener ensures the wait is very satisfying and the following Slightly Out of Breath ensuring it was worthy while.

The second song litters the ear with a blistering insistent shower of metallic artillery of riffs, picking and spotting the senses like hailstones until a lull leads into a feisty and formidable display of towering riffs and sharp melodic manipulations. As the track paces and slightly intimidates the senses the rhythms of Wood announce fully their strong and inventive prowess, the drummer bringing an adventurous spine to the songs which never breaks lose from his intelligent and skilful control.

The progressive Dream Theater like Stasis and the acoustically driven ballad Silver Lining keep our attention and enjoyment firmly in the grasp of the band though both tracks do not quite spark the reactions the previous duo of tracks inspired. The album takes a defined rise though from Nightmare Lullaby on to its conclusion revealing further proof that S.I.Q. are a band that is destined for great things. Few of their songs make fleeting appearances but Nightmare Lullaby takes us on a ten minute plus journey of warm melodies and exhilarating songwriting. The track is irresistible, an invention offering evocative guitars and melodic interplay alongside harmonies which excite and touch the emotions in the way seventies band Horslips were skilled at. Arguably the track is a little overlong but there is never a moment it out stays it’s welcome.

The losing trio of tracks under the umbrella title of ‘Till Life Do Us Part continue the deep enjoyment. Parallel Worlds starts the trilogy bringing more of the unique and impressive sounds already graining the album whilst the closing Until the End takes one on a thirteen minute blissful journey of pure progressive pleasure, but it is the linking middle hypnotic instrumental Alive or Dead which hits the loftiest heights. It is immense and the declaration of this being a band that can induce rapture by music alone.

A Constant Struggle was an unexpected and deeply rewarding introduction to S.I.Q., a band that surely is destined for great things. Their list of influences include the likes of Protest the Hero, Symphony X, Dream Theater, As I Lay Dying, Devin Townsend, Periphery, and Alice in Chains, if any of these make you rise up in eagerness you will love S.I.Q.