Days Of Our Decay: Electric Twilight 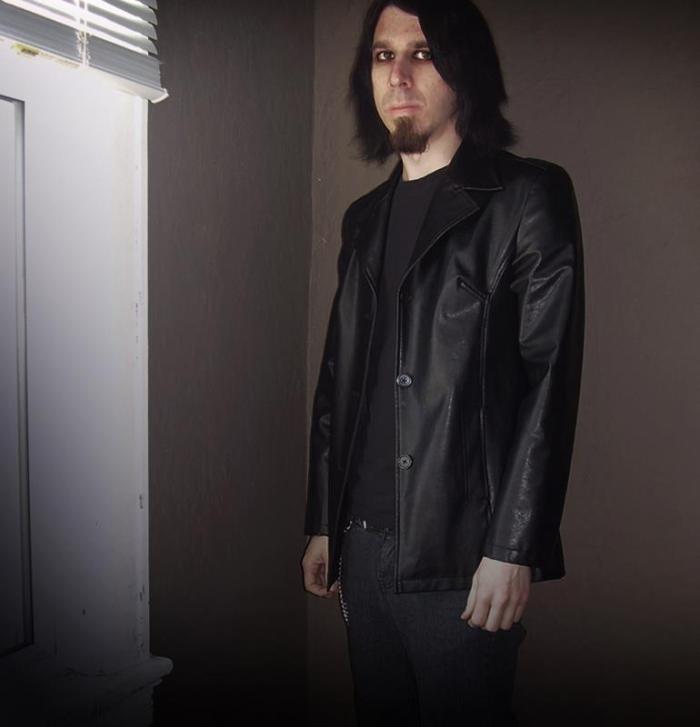 Days Of Our Decay is a Canadian goth/black/industrial metal band which carries many more additional flavours to its music. Theirs is a distinct and imposing sound which is sure to lure a reaction whether in the positive or negative, a band one cannot ignore or easily pass by without their incisive tentacles of inventive sound instilling itself in at least some part of you.

The Ontario band was formed in 2002 by Darvius Noctem and is a keyboard and synthesizer led dark and imposing musical project. Though originally meant as a full band the project remained as a solo entity for Noctem though

alongside him there are the hypnotic talents of Demonika Demise who brings backing vocals and choir voices to the compositions. The music Noctem brings forth is a deep and expansive mix which carries the rich spices of the likes of Rammstein, Deathstars, Dimmu Borgir, and Cradle Of Filth as well as the even darker gothic flavours of Type O Negative, Sisters Of Mercy, and Fields Of The Nephilim. With an additional symphonic metal atmosphere the music wraps around the senses to chill and instigate a mesmeric rapture with its darkened poetic intrusions.

Electric Twilight is the latest album from the band and It is fair to say that though it may not find a welcoming canvas to spread out upon with everyone if imaginative and expressive blackened sounds find a place at your table this album is a full and satisfying meal for consumption. Given time and allowed to unveil its musical glory and for the initially slow to warm to vocals of Noctem to state their case as to why they should find room in your ear, the rewards are very strong and pleasing.

The title track opens up the album with a glorious deep rumbling bass sound as the keys swoop and prey upon the ear with grace and instant appeal. The vocals of Noctem stalk in almost at once, his deep resonance bouncing off the walls within the ear to be nicely balance by the warmth of the melodies and the golden backing of Demise. The music is all gothic frills, ruffles and grandeur and with the continuing predatory bass line adding a menace it all easily absorbs attention.

As the equally enjoyable Aristocratic Blood and Let’s Grow Cold Together with another hypnotic bass beckoning, spread their wings and flourishes across the ear the album begins to take a firm grip though it does offer up one element that you can see putting some off. The vocals of Noctem are great, deep and wickedly imposing like an old hypnotic evil waiting to corrupt and consume, they also are relatively singular in their delivery, though rich and dramatic they are often an overpowering distraction to the fine composing and engaging sounds surrounding them. Given time to allow they and the music to show how they combine and it is a working pleasure but one can imagine others with less endeavour to explore his creations looking for an early exit, though it is their loss admittedly. The combination and contrast of the vocals from Noctem and Demise works impressively throughout with songs like Hopeless In This Hopeless World with its emotive key work and Shallow Diving showing their enterprising and successful mix. The vocals of Demise are not just backing sounds but an instrument and essence of the music which is powerful and as expansive as the synth soars alongside her.

The best songs on the album are Only In A Place Like This with its distinct Gary Numan like melodic manipulations which sound like they were inspired by his Tubeway Army album Replicas, and the excellent Anemia. This track is easily the standout one, its vibrant and pulsating heart leading one by the hand into the wealth of inventive and impactful creativity. The song teases and invites thoughts into making their own images and visions, the atmospheric and dark shadows with the song the lead characters.

Electric Twilight is a great album which deserves a slice of attention from all with a dark and expressive heart to their music choices. If you have an emotion for any of the artists mentioned above than take some time and effort to go and introduce yourselves to Days Of Our Decay. They may not become your new favourites but certainly they and the album will become firm friends.

Like Loading...
‹ Interview with Steve Fearon of Ghost In The Static
Black Hats: Austerity for the Hoi Polloi ›