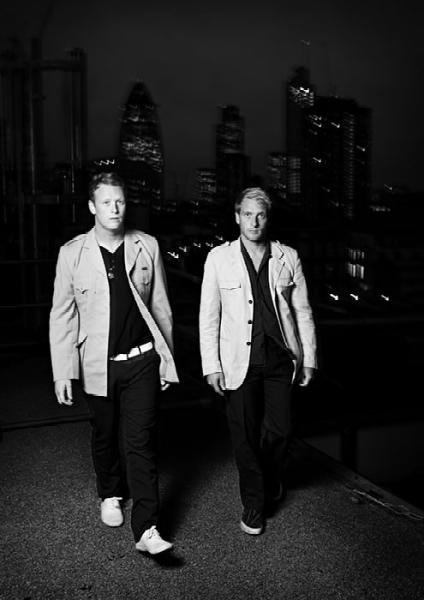 Having been bowled over by previous single New York the anticipation for the new album Rooftops from UK band The Sea was eager and impatient, and the band has fulfilled and exceeded all hopes and expectations placed upon the release. Rooftops is a triumph of big melodies, larger than life songs, and music that lifts and lights any day or heart. It is a refreshing new breath and a familiar friend all at once, its sounds infectious and instantaneous whilst being imaginatively inventive and distinctly varied. Pop, rock, show tunes, soul, blues, the album has essences and veins from all and more fused into songs that easily rouse the spirit.

Brothers Alex (vocals, drums) and Peter D’Chisholme (vocals, guitar, piano) from emerging out of their parents garage in Newquay, Cornwall in 2007, have instilled themselves as one of the most thrilling bands in the UK. From the off the duo took no time in grabbing attention and acclaim from their shows through to their debut single Love Love Love and album Get It Back, both released on their own Lusty Records in 2009. Tours around and across the UK and Europe surrounded their recordings and took up the following year, 250 gigs in less than two years. Summer 2010 saw the band enter the Sawmills Studios in Cornwall to record Rooftops with producer John Cornfield (XTC, Muse, Supergrass, Oasis, Razorlight) and bring their evolving lush, rich, multi-layered sounds to new songs. The following year saw The Sea tour Europe extensively as the USA and Canada but also witness a freak surfing accident in the summer to Alex which left him with a broken neck and serious doubts he would walk again let alone play the drums. Like their music though the band and its members do not lie down quietly and Alex returned within months to tour Europe again as well as undertaking shows in North America. The heart, strength and passion showed echoing that of the music which strides with a power and depth of feeling that is irrepressible and impossible to shy away from.

The single New York opens up the album and it could not have a finer entrance. The song is immense, a buoyant and 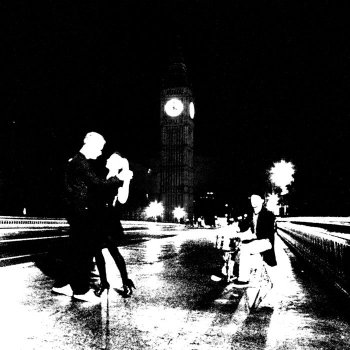 boisterous track that towers over the ear with confident expansive energy, eager guitars and rhythms all brought within the glorious arms of dazzling horns and grand harmonies. Its anthemic grace and senses stirring heart opens one up for what follows with drooling anticipation, and the album makes sure satisfaction is guaranteed with a lively and eclectic flurry of ideas, music, and imagination.

Where’s The Love with its rolling hypnotic drums instantly pulls in attention to hear expressive vocals and matching emotive guitars weave and wind their warm and earnest passions around the soul. The song provokes emotions in a different but just as distinct way to the opener and as the next in line Silly Love Song and its mischievous twinkle in the eye shows, the band never rest or stand still making a release that is mesmeric, unpredictable and lovingly attentive. The third song on the release has a wonderful show tune type feel bringing large sure and bold melodies whilst the piano and harmonies all stroll with an air of the dramatic and more than a dose of wicked humour.

As the songs unveil their beauty and pulsating diverse charms it is impossible not to sink deeper within the luxurious waters of impressive songwriting, equally skilled craft, and consuming pop rock sounds. The likes of the pulsating slow burning Rooftops Of London with its blues inspired guitars and Doors like keys and melodies, Need Breath Dream with its heart boosting ELO keyboard pomp, and the excellent and beautiful acoustic soulful ballad Cry where Pete tugs more than gently on the emotions, three more perfect examples of the distinct and stunning treasures to feast upon.

Alongside from New York, the track Panic On The Streets Of Dalston fights for the honour of flaring up the senses most of all, its garage punk fuelled riffs and direct electrified rock aggression revealing yet another side to the band and their creative sound. To be honest it is impossible to pick a top song. The whole release is strong and impressive with the likes of another blues rock track in Shake Shake and the closing Young Knives like anthemic wonder that is Emily’s Waltz which leaves the listener with a final heart pumping and life warming lift, just as glorious and pleasurable as those previously mentioned.

Rooftops is simply outstanding and should be on the playlist and shopping list of all who enjoy big, vibrant, and deeply inspiring pop rock songs. The Sea is an incoming tide you will wish to be consumed by.