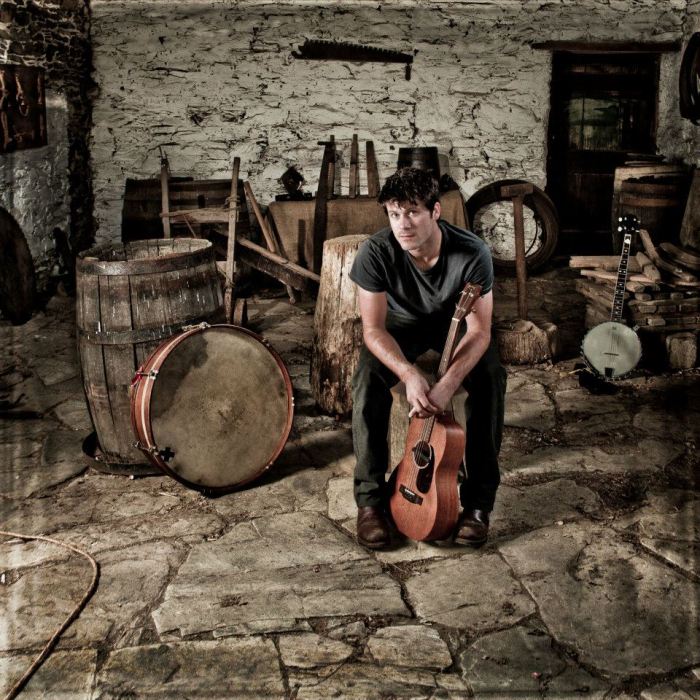 Tales From The Barrel House the new album from singer/songwriter Seth Lakeman is a triumphant and deeply impressive release, an album that takes the heart on a journey of strength, honest work and pride.  The wealth of inspiring sounds and invention which ripples throughout the release is second to none but it is the incredibly exact and formidable ambience of the concept the album brings forth that steals the show. With the songs themed upon the work and lives of the Devon and Cornish craftsmen and artisans past, Lakemen brings their world alive within the senses whilst placing the listener within the sweat and eager toil of the industries the people that inspired the release frequented.  It is a mighty homage to the history and people that made it, a majestic portrayal of a time and art that has all but been lost completely.

Tales From The Barrel House is the sixth album from Lakeman and released on his own Honour Oaks Record, and one that openly enjoys the freedom of being released from the confines of label chains around the artist. The album from start to finish and in every department is solely Lakeman, a true solo project that he has taken back to basics like with his Mercury Award nominated previous self released album Kitty Jay. Tales From The Barrel House was released last November as a limited edition available solely through his own website, the 10,000 run sold out by Christmas and the demand on the day of release crashing his website. With a constant pouring of people wanting to have a copy Lakeman is giving a national release to the album on April 2nd and already the anticipation and clamour is intensive, which is no shock having heard the glories within its walls.

The album was recorded in The Barrelhouse in Morwellham Quay, Devon except for the opening song, the surroundings 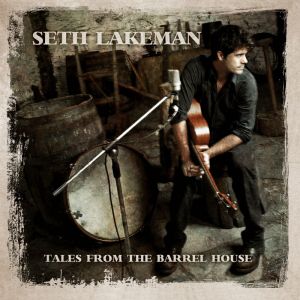 and atmosphere the venue inspired permeating each note of every song wonderfully. The site did not only make the perfect base but also ventured in to the release from the use of items  found within being used at times as percussion, certain tools representing their industries a particular song was themed by. Every aspect from composition to the playing seamlessly comes together to create a visual play and ambience for the senses to immerse within, it is a real world one feels as the songs wrap themselves around the emotions and heart.

As mentioned the opening More Than Money was an exception location wise for its recording, the track brought to life around 200 feet down the George and Charlotte tin copper mine, the result a song with a muscular sturdiness and slightly claustrophobic ambience. The banjo and fiddle of Lakeman gives life to the heart and full pride of the workers, the percussion bringing their might and confidence. The song is immense and the beginning of a tour through a world unknown by most of the lives outside of its history.

The following Blacksmith’s Prayer is equally impactful, its slow determined pace is dramatic and firm, a constant pressure upon the walls of the song. As it progresses its fires are stoked and its rhythms and melodies find a stirring friskier surge of energy to shape the song leading to a climax the same as the opening, sure, deliberate and powerful.

Every song within Tales From The Barrel House is a real joy and event for the ear, from the expressive Hard Road with the stark realisation it brings as well as a sense of defiant togetherness, the gritty evocative Salt From Our Veins, to the entrapped resignation of Higher Walls to name just three songs, the album ignites thoughts and emotions at every turn. The album is so successful at transporting one to the capsules of lives and the past it offers one is almost brushing off the dust and wiping away the sweat by its end.

Tales From The Barrel House is glorious, one of the true classic albums to grace our years in recent years. Seth Lakeman is a master, a conjuror of emotive sounds, real lives, and experiences, one anyone will revel being within.