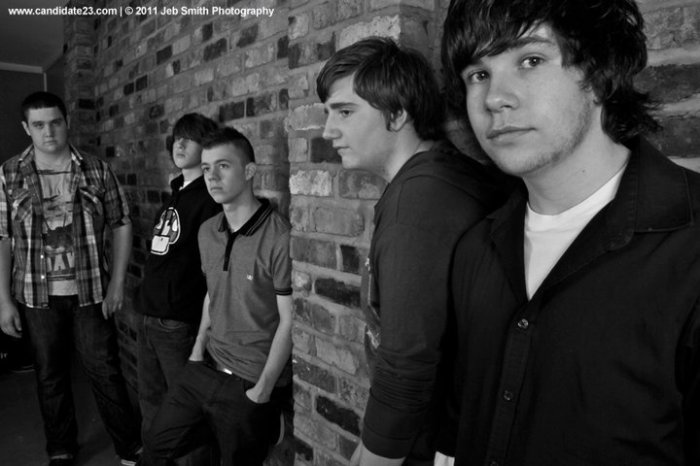 The new EP UK indie band Candidate23 graces the ear like a breath of fresh air, its masterful weave of striking melodies, expressive vocals, and heart borne invention instantly making one stand up and take a focused attentive look which many other releases fail to achieve. All bands deserve and get from music lovers a respectful attention but some demand a little bit more by offering something extra. Upon their Stay Awake EP  the quartet do just that to take one on a fulfilling emotional ride from first note to last, the vibrant experience a complete and joyful pleasure.

Hailing from North West England the band formed in 2010 and have already made a noticeable mark through sharing stages with the likes of Funeral for a Friend, Young Guns and The King Blues as well as with debut single One For You in the November of their formation year and its successor Confusion, both riding high in the iTunes Rock Chart in 2011. Their sound is tagged as indie pop but there is a height and depth to it that goes much further in sound and within the listener.

persistent yet unobtrusive guitar welcome and keys that soar with style around the ear. As vocalist Will Hayes adds his impressive tones the song takes a deep breath before swelling with a purring bassline from Ryan Dennett alongside firm beats from Jono Tringham and the expressive guitar play of Alex McIntyre and Andy Perrin. With a flavour that reminds a little of Mind Museum and Post Adolescence the song leaves the emotions pumped and eager for more.

The title track steps up next with a less boisterous flow from the first but with just as satisfying results. Vocalist Hayes within two songs shows what a fine talent he is, his vocals strongly expressive and with a depth that is controlled and easily impressive. The song does not grab as firmly as the opener or as those that follow but more than provides the evidence of the songwriting skills of the band and the realisation of their well rounded and imaginative ideas.

10 Minutes Of Fame is an emotive song which caresses the ear with a textured drama and weight that pulls one deep within its captivating heart. The song opens up the band to nothing but praise, the song though less instant as maybe the others taking the senses on an impactful stroll through the artistry and passion of Candidate23.

The best song on the release closes things up beautifully. Karma is majestic, its glowing soundscape a warm and vibrant field of sound to share feelings and thoughts with. The picky guitars play the senses like a harp whilst the rhythms and bass add a bubbling vein to the song, and the orchestral sounding expanse that washes over at times adding to the wonder and magic of the song.

Candidate23 at times remind of other bands but one can never truly pinpoint who or how but there are moments on Stay Awake when thoughts of bands like Placebo, The Verve, and Doves flit through. Their sound has a friendliness which seems familiar but has a distinction which is fully their own. We will hear a lot more of Candidate23 as they make what is surely a rapid rise and an eager anticipation is in full flight after this release.