Interview with Adam McKee of Dead ‘Til Friday 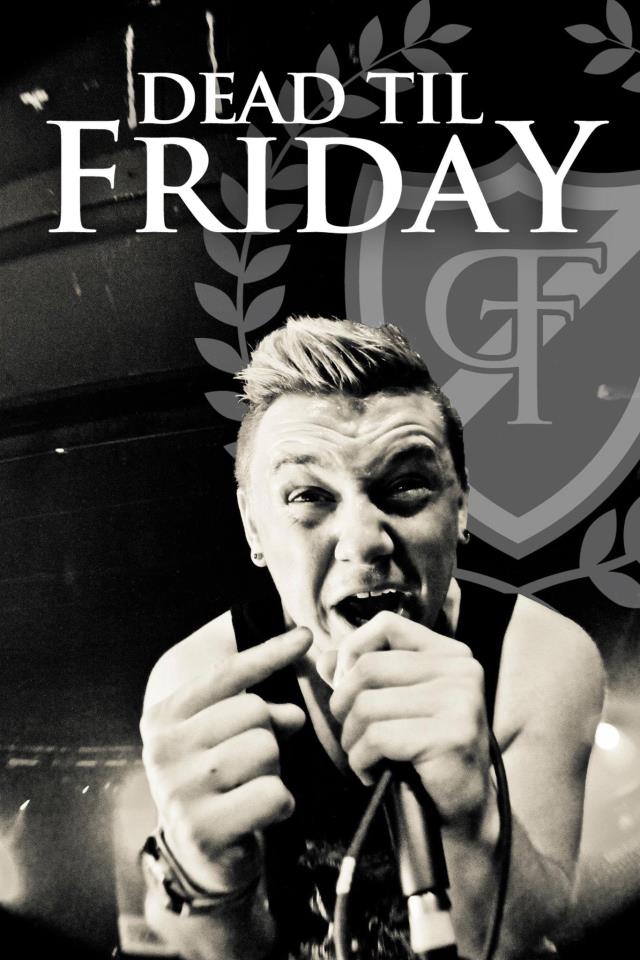 The moment the video for The Longest Year from Belfast band Dead ‘Til Friday grabbed our attention with its unbridled fun and enthused aggression further investigation of the band was a no brainer. Their current EP Water further impressed and set the band as one to watch closely over the year ahead with their stirring blend of rap metal and inventive rock sounds igniting a strong anticipation for future sounds from the quintet. Wanting to know more about Dead ‘Til Friday we had the pleasure of getting vocalist Adam McKee to answer our questions about the band and their music.

Hello and welcome to The RingMaster Review

Firstly would you introduce the band and members?

I’m Adam I sing, we’ve also got Conhuir and Steve who play guitar, Jonny on bass and Colin on Drums.

How and when did the band begin?

The band began in around 2007/2008 but there’s been a few line-up changes since then and the band has only really been this formation for the past year or so.

Is Dead ‘Til Friday the first band for you all?

Not at all, we’ve all been in previous bands before, myself and Conhuir we’re in a band called Acidtone, Steve played alongside us in other local bands for a few years, also Colin and Jonny have been in a few local bands before too.

What was the influence for the band name? 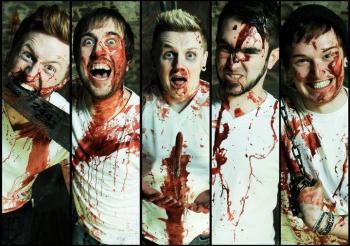 The band name came from a random conversation on a night out between Colin and our previous vocalist/guitarist, they joked a bit about it and said it would make a great band name, and hey, it stuck!

Your sound is a feisty blend of rap metal, muscular riffs and infectious melodic choruses what are the influences that have added shape to your music?

Feisty? Haha, cool! Yea, I myself have been singing and rapping like this for years now. We listen to a VERY large spectrum of music between us all. The metal side of things isn’t normally what I would listen to myself in my free time. All in all it’s a great thing because when it comes to writing we’re never stuck for ideas, melodies or riffs.

You and another great metal band Gacy’s Thread come from Belfast so what is the metal and rock scene like there for bands and fans?

The metal scene at the moment is great! We’ve also recently proved it by heading a short distance outside of Belfast and the amount of bands looking to play Belfast is exciting. The bands and band members look out for each other, which is awesome; we definitely all help each other and do our best for the scene.

Is there a bond between the bands in Belfast that bands in other cities especially in the rest of the UK do not have with each other?

Yes and no, haha, we would definitely be more tight knit being on an island with other bands compared to the likes of America or Europe where everyone is so much further apart. We can also relate to the same struggles you go through trying to get touring and travelling overseas as much as possible. If we don’t all help each other out then we all kind of lose out at the end of the day.

As you mentioned you formed around 2008, how has the band evolved over the subsequent four years or so?

Our sound is one of the big things that has definitely evolved, especially through the line-up changes I mentioned earlier. A different vocalist and song writer definitely changed things up a lot, but this line-up and sound is very solid now, it takes any band a little time to find this and we’re excited! 🙂

The last two years appear to have been the biggest to date for the band, touring alongside bands Your Demise and Lower Than Atlantis, sharing the stage with the likes of Skindred, And So I Watch You From Afar and Forever Never, plus a prestigious slot at the Tennent’s Vital Festival to name a few notable moments. Has this time felt like a sudden intense elevation for you as a band in the same way that it appears to us on the outside?

Definitely, it’s a whole world of emotions all at once, fear, excitement, joy etc… but the key thing it has given us all is the hunger for it, every one of the opportunities and shows you mentioned gave great clarity to why we’re doing what we’re doing.

Tell us more about the Tennent’s Vital Festival; I believe you played to 50,000 with a slot between Jimmy Eat World and The Kaiser Chiefs?

Yea, we were nervous, but I think we certainly held our own. It was both surreal and exciting all at once, it’s a little hard to put into words almost! We got an amazing response to our heavier sound we have was great! We’d do it all again in heart beat! Haha!

Last year saw the release of your excellent EP Water, but I am led to believe there was an earlier release before that?

Thank you! Yeah there was a few EPs previous, but they were from a previous line-up or formation of the band, it certainly doesn’t represent us now.

Water grabs the attention with its great hard hitting insatiable sounds; did it exceed your expectations response wise?

Every time new ears hear it with touring we’re overwhelmed by the response! We love all our fans and it’s amazing to see it mean so much to people we don’t even know. Even simple things like people taking off work to come to one of our shows just blows our minds.

The Longest Year is the song from the EP which really grabs the listener by the throat and wonderfully demands attention; it must be a big crowd favourite at your live shows?

It definitely gets a sing along that’s for sure. We found the video release helped immensely for people to identify with it live.

Can you tell us about that video of the same song?

Sure. We shot the video with the very talented Darren Lee of Maverick Renegade Productions in an old abandoned warehouse in Downpatrick. We spent a day of filming close up, slow-motion and all the band shots, then to top it all off we even brought down some of our mates for the crowd shots and made them go mental.  We must have heard the same song 200 times, haha, but it was a lot of fun.

Turning back to the Water EP, you usually seem tagged as a rap metal band but the release shows a much more diversity to your sound. Do you feel frustrated at the more limiting tag you seem to be generally given?

Not at all, we find people need to give a name or tag to something these days so we just tend to go along, we’ve seen it called many different things, which is great cause it shows us people are taking an interest at least.

How does the songwriting process work within Dead ‘Til Friday? 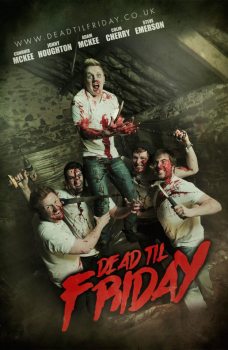 Our guitarist Conhuir usually starts the ball rolling with a good riff and initial structure then ideas flow from there. We all then help out with structure, lyrics and other wee ideas usually.

With the band having a strong reputation and following across both sides of the border in Ireland it seems, is the UK the next centre of attention for you or are you looking further afield for 2012?

Definitely! We travelled to the UK last year and done a few days and met some new friends on the way, we could only hope we can keep going back and making strong connections and see some interest grow.

You are known for a firm DIY approach as with the EP release, is this something you always intended or simply the only option available to you right now?

A whole lot more of the first, we are lucky to have such a talented producer (Conhuir) in the band already we didn’t really feel the need to splash out on studio time etc.

I believe you are working on your debut album? How is that going and when are we likely to feel its pleasures?

We are indeed! It’s going great and we’re spending a lot of focused time on it at the moment. You can feel some of its pleasures now in our live show, but for the actual release we’ll be aiming for sometime mid to late 2012 after our over the top quality control gets a look at it, haha!

What is next for Dead ‘Til Friday as we move further into 2012 apart from the album?

The album is our main focus at the moment, but we have a few other things planned for around that time too.

Have you given yourselves any aims or objectives as a band for the coming year?

Haha, other than knuckling down and keeping doing what we’re doing not really. We’re going all out on the new album and focusing all our attention to it to try and make it the best it can possibly be!

Thanks so much for talking to us.

Would you like to finish by telling people who find you in a venue near them why they MUST come watch you?

It’s a no brainer! We’ll wreck the place and let them join in on the action! 😉

Like Loading...
‹ Interview with Dick Venom of Dick Venom & The Terrortones
Tokyo Chaos City – Nothing Is Happening ›