Home › Music › Man Of The Hour: A Modern Day Epic

Man Of The Hour: A Modern Day Epic 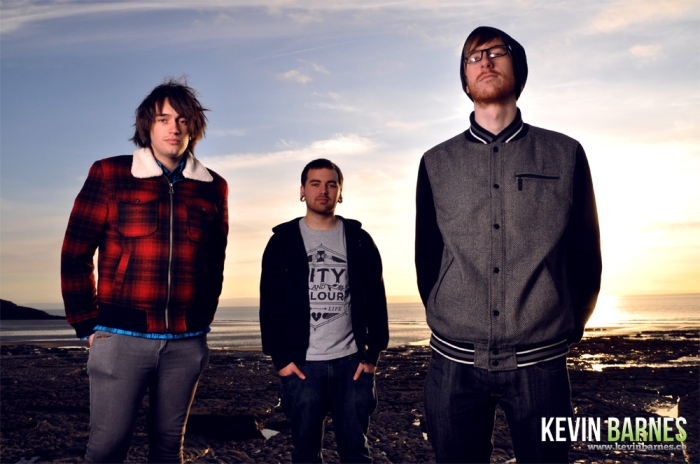 Pop punk comes in many shapes and sizes with quite often obvious style over substance the residing factor. From South Wales Man of the Hour bring forth both. Their songs are solid and powerful slices of pop punk with a thought and considered creativity to them but delivered with a flair and absorbing ability that grabs the ear greedily. Their brand new single A Modern Day Epic perfectly demonstrates this  and in company with their previous releases sets the band as ones to take the genre into revitalised and diverse areas.

Man of the Hour calls themselves a ‘pop-punk band with teeth’ and certainly this single alone shows they have an edge that though it may not take a chunk out of the ear will gnaw on it with a sure eagerness. The band formed in 2008 when vocalist and guitarist Richard Meyrick linked with former keyboard player Matthew Morris to produce  synth led pop punk music with a difference. The band has seen many changes to its line-up over the past years  but it did not stop songs like Shatter and Adam, You’ve Got Lemonade as well as debut EP I Can’t Believe Man Of The Hour Is A Pop-Punk Band!? , and their impressive live shows leaving a distinct mark on an ever increasing fan base and media.

A Modern Day Epic from the off enters the ear with blooming melodies and firm riffs. Incisive and eloquent the guitar of Meyrick looks at one eye to mesmerised eye whilst the bass of Gareth Burrough rumbles behind. With strong but unobtrusive drums from Josh Delaney framing the song the vocals of Meyrick share the emotive heart of the song to great effect. Without attaching itself with an obvious addictive hook or recognisable melody the song is infectious without over playing. The guitar solo within also lights up the ear and without ripping up boundaries the song is very satisfying. Then it takes a turn on us to really leave the senses grinning. The song takes a breath, almost suggesting it has shared its last note but it is merely the start of an impression flourish and climax to the song. A lone guitar repeats the previous riff to expand and harmonise whilst the bass stalks alongside but it is when the flowing synths regale the track with their beauty that a strong song turns into a deeply impressive one. The extra added emotive piano completes the wonderful sound as the song finally waves its departure in style.

A Modern Day Epic is a fine and engaging song which excels the further it shares its unique presence and if there was one complaint it is that the heart caressing synths and intent it ends on do not feature earlier as then we might be talking about a classic.

For all already enamoured with the likes of Blink 182, New Found Glory, Motion City Soundtrack, and Set Your Goals, which the band itself openly is, Man of the Hour take you from that base into further  stimulating grounds. Pop punk has a new spark ready to ignite in the shape of Man of the Hour.