Home › Music › EP › Twinkle and The Sluts – Sluttier Than Thou EP

Twinkle and The Sluts – Sluttier Than Thou EP 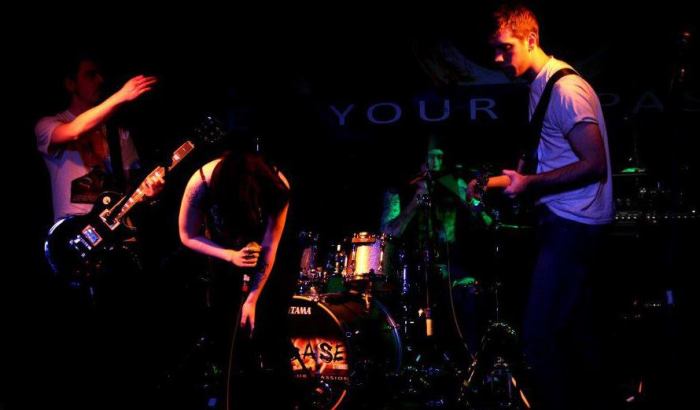 With a name like Twinkle and The Sluts it was only going to go two ways. The band was either going to be a bunch of glam posers with pretence and a misguided belief in the actual weight and might or a formidable dirty rock/punk band with an attitude to match their edginess. Thankfully the UK punks are firmly in the camp of the latter and a band with the intent to stir things up with music that puts heart and creative energy first.

We called Twinkle and The Sluts punk but they actually sit nicely between that genre and rock to forge their own sound which, though as the Sluttier Than Thou EP shows the band are still defining it, has an impact and devilment which lights up the ear 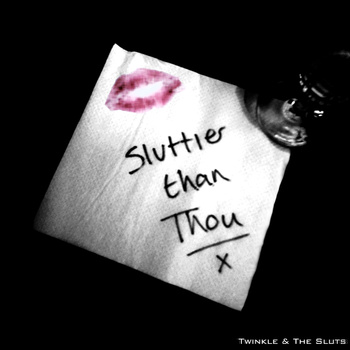 on every track. The band deliver a sound which feels inspired by the rock sounds of the likes of Distillers and Juliette and The Licks as well as being influenced by punk bands like L7 and Vice Squad. It is a stirring mix which only goes to accelerate the desire to hear more from the band.

The EP is of a demo quality to be fair but its rawness cannot hide the quality and vibrancy within the band and their music, and actually adds to the feel and edge of the contents. Each track fills the ear with little regard for comfort or gentle persuasion, the Birmingham based quartet eager to rattle cages and inspire reaction. The track Shut Your Dirty Mouth is a prime example. Opening with rhythms from drummer Curlz which intimidate from the off as Adam plunders the ear with his bass, the track erupts into a frenzied assault of guitar riffs from Alex primed to provoke a response. With the fine vocals of Twinkle taking charge the song is a slightly retro punk song which satisfies greatly.

The same can be said of Coffin Nail, another song dripping attitude which tramples over the senses with feisty riffs, forceful beats and commanding bass play. Brief though it is the song leaves blisters from its rock fuelled passion and scorched melodies. These two songs show a band with thought and ability in their songwriting and great balance in its presentation. Each song is solid and extremely pleasing but against the remaining two songs on Sluttier Than Thou are more the support for the main event.

Built To Last plunders the ear with rampaging beats from Curlz that hypnotise well before the caustic riffs of Alex and moody bass from Adam entrench themselves on the senses. The song again has a punk essence which here reminds of an X-Ray Spex and Hole rolled into one. Well crafted and confident the song varies its intensity and pace at times to intrigue constantly whilst Twinkle leaves no one in doubt to her and the lyrics intentions. The band have raised their game here wonderfully but they do not stop as the last of the quartet of great tracks explodes into the ear.

If there is one song right now that lingers and returns to the mind whenever it desires it is Narcissism. The song is glorious, its wanton swagger and taunting riffs as infectious as a cold. Spinnerette and L7 really come to mind here but the band have twisted those spices into their own striking punk rock song with a delicious twist of scarring melodies. The song confirms and strengthens the belief and thought that this is a band with a very bright future once they really get their sound defined.

Twinkle and The Sluts and Sluttier Than Thou will have you off your feet and joining in within moments of the first song, they are that contagious. There are not many truly outstanding punk/rock female fronted bands around currently but Twinkle and her cohorts are well on the way to joining them.