Always The Quiet Ones: Freak Show 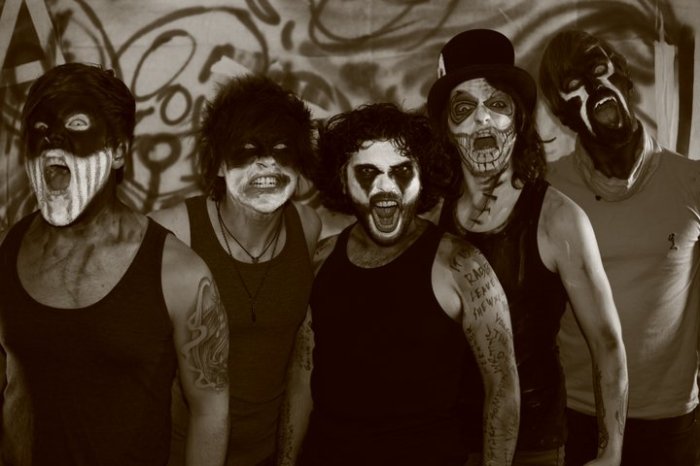 If there was ever a release to epitomise the term a grower than it is the new EP from Liverpool rock band Always The Quiet Ones. The first couple of listens to Freak Show and one hears a strong and well crafted trio of songs which engage instantly if not distinctly. What it does not immediately reveal is how infectious that same music is and how once one gives it more attention it will return to mind often and far away from the disc itself. Though not a perfect release subsequent plays place Freak Show deeper and firmer into the heart with especially two of the songs within its expressive walls, lifting the spirit and emotions to lofty levels.

Formed in the later part of 2010, the quintet of Blas Barragan Jr. (vocals), Joe Danher (guitar), Adam Lucas (guitar), Chris Nicholls (bass) and James Lorenzo (drums), hit the ground running with lively and ear catching live shows supporting the likes of Deaf Havana, Mojo Fury, Axis Of and Turbogeist. With a show as impressive and unforgettable as their sounds the band soon gained strong attention from fans and undergrounds media alike. With the release of Freak Show the band are surely about to stir up the UK and accelerate the enthusiasm already gaining momentum to an even greater height.

The EP opens with Sign Of The Times and no reticence in spicing up the ear with commanding rhythms, wanton riffs 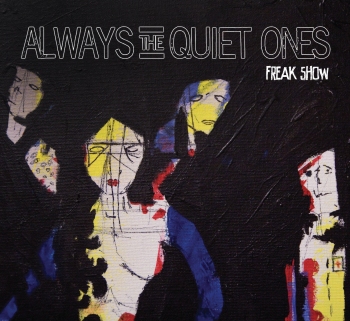 and melodies to tease and mesmerise. The track twists and turns with great imagination and diversity. The inventive beats of Lorenzo lead the track up and down distinct avenues whilst the bass lines of Nicholls cajole the ear to jump on board the heartily driven express train of sound. Whilst the guitars of Lucas and Danher rage and intrigue to equal measure and often at the same time vocalist Barragan Jr. rides the sound with an expressive hard rock type delivery which grabs and sets off the imagination. The song sets a stunning start to the release which leaves a formidable challenge for the next track to follow.

Valentina sadly fails to rise up to the question. The song is actually very good but with the band taking a more straight forward approach with it there is not the inspirational and originality to it as so apparent on the opener. The melodies within it are graceful and the vocals once more dripping emotive skill. Musically the band is impressive and really there is not anything wrong with the song at all, but there is something missing from it which lit up Sign Of The Times and returns with full force in the closing song on the EP. With a chorus that digs deep and guitars which scorch the senses the song is certainly one that is not easily forgotten once it lays down its last note though.

Title track Freak Show completes the trio and is the best song offered. From a momentously striking mouth watering melodic crawl the song evolves into a muscular beast that ripples attitude and might within a chorus and crescendo of sound that envelopes the ear like a tempest. Switching back to the mellower tone and intent it feels like one is in the eye of the storm soon to be buffeted again by the delicious intrusion of heavy riffs, caustic melodies and driving rhythms. The song growls and snarls at times and in others offers a mischievous but inviting smile, all intended to lead you into the maelstrom of creativity, madness, and wonderfully unpredictable sounds within.

Many seem to cite early Biffy Clyro and the likes of A Perfect Circle and Tool as influences in the sound of Always The Quiet Ones and one can see that especially with the darker elements of the latter but the one band that seems to lurk within the songs, especially the addictive and expressive side was Manic Street Preachers, throughout the way the melodies and songs attached themselves with an eager and irresistible grip echoed the Welsh band.

Freak Show is quite simply excellent and a sure doorway into the heart and vast invention of Always The Quiet Ones. With already a double-A sided single planned for just a mere few weeks ahead, 2012 could and should be the year the band twists us all to their way of thinking.