Interview with Aries of Hellsaw 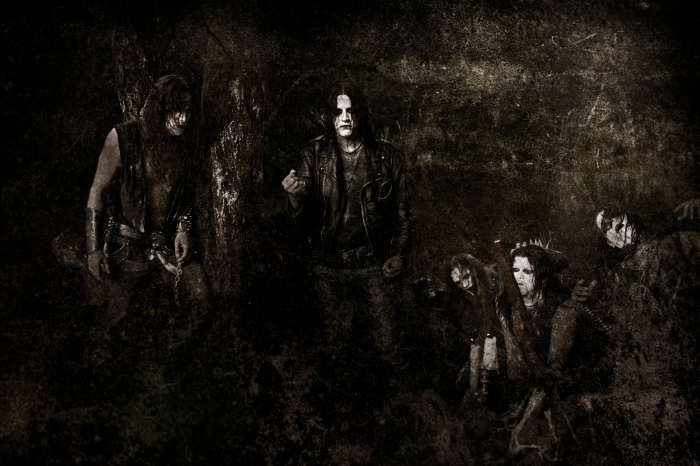 Austrian black metal band Hellsaw with their new album Trist, released a beast that demands and tests before it consumes and lays waste to the senses. Intensely powerful and completely devastating upon the ear the band has set the genre up for a mighty year if others can rival Trist. We had the chance to talk with vocalist Aries from the band about the album, songwriting and Hellsaw itself.

Welcome to The RingMaster Review and thanks for talking with us. 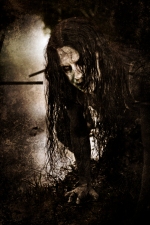 Firstly could you introduce the band and its members?

I am Aries, and I am one of the founder members and I handle the vocals, write the lyrics and the music.  Our two guitarists are Malthus and Isiul.  On bass we have Desderoth and on drums we have Neuroticon, a recent, and very welcome, addition to the band.

What were the beginnings of Hellsaw like; I believe you were initially just a duo?

We were yes.  Hellsaw was founded by myself and our then drummer Svart, with me handling the vocals, guitars and bass, so essentially we were a studio band at that point.  We knew what we wanted to do with our music, but we were really trying things out at this stage.

This did not include live shows or did they only come once you expanded the band line-up?

They came later.  Once we had released our first full length album Spiritual Twilight it became obvious that there was a demand for the band to appear live, and we knew that if we wanted to take the band to another level we would have to do that.  We first used a session line up, but we needed the commitment that comes from permanent members who can contribute to every aspect of the band, which is what we have now.

What was the drive and inspiration that inspired Hellsaw and has that changed over the years in any way?

To be as good as we can be at any given moment in time, and to continue getting better and better.  That will never change.

What were your influences that shaped your sound and personal musical developments?

We were influenced to become musicians by the Black Metal of the early 90s but that was just the catalyst really and I should point out that being derivative is not something we have ever aspired to.    It is very important for us as musicians and individuals to create and develop our own sound.  Obviously, as we grow in experience as musicians and performers there will be tweaks to that sound, but essentially it’s very much Hellsaw.

You have just released your new album, the impressive Trist; can you give some idea of what it has in store for new 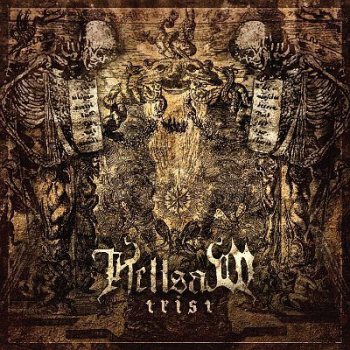 We recorded the album live in the studio, and I am sure that most people will realise how much more difficult that is to do as you have to get everything right in one take.  But we feel it paid off and that the listeners will get a sense of spontaneity and aggressiveness that is often missing in studio recordings.

How has the band evolved for you over the years from previous albums Spiritual Twilight, Phantasm and Cold?

We have obviously grown both as individuals and musicians, and the band has grown with us.  We have always known what we wanted from our music, but now we have not just the skills, but also, very importantly, the technical knowledge to be able to make it sound as we want it to sound.

Do you approach recording differently now to how it was for earlier releases?

Apart from the fact that we recorded this album live in the studio as I mentioned previously, these days we can go into a recording session better prepared in terms of knowing what will be required of us in order to get the sound we want.

How does the songwriting work within the band?

I do the majority of the songwriting, but the others will also contribute.  Once the song or the riff has been written it is a collaborative effort, with everyone having their say.  We all know our own and each others strengths so we can write or arrange accordingly.

Do you write with particular intentions especially for an album or is it always an organic process? The songs in a way creating their own direction as you write them?

It is very much an instinctive process. I would never sit down to write a whole album.  The inspiration has to come from within, and if something inspires me to write a song I will.

What triggers generally your inspiration for songwriting and is it the music or words that most often are the seed to songs?

Both.  I get my inspiration for several sources.  It could something that has happened to me or something I have witnessed, maybe an historical event that interests me, or even nature itself, but the essential factor is that my take on all this is skewed by the negativity that is inside of me, inside of us all as it happens.  Most people deny that they have this, whereas I make use of it.

With many bands there is a difference between their live and studio sounds, is this something you keep an eyes on or does your musically instinctively translate to bring an equal intensity in either arena?

I think there is always a difference between live and studio sounds, it is inevitable unless you travel with a massive amount of equipment and several sound engineers, and probably a lot of samples! As a band we really enjoy playing live because you have to approach how you play and how you present yourself in a totally different way, and it brings a whole different dimension to the music. Added to which there is the interaction with the audience.  You can see for yourself how they are reacting to the music and you can respond accordingly.  Audiences can differ widely in reaction, and you need to adapt to that.

The stunning Doom Pervades Nightmares is the track that hit deepest with us on Trist, could you give some background to it and its inspiration?

I do not really like to talk in depth about individual tracks, I really prefer the listeners to draw their own conclusions. Let us just say it reflects the kind of insanity that you feel when you are alone and at the mercy of something that you can not escape.

Your music is dark, intrusive, provocative and intimidating but what are the shadows that do the same to you as musicians and people?

There is a satanic element to the band though that term is a mere simple tag and I am sure just a small part of your wider personal beliefs, but when do these personal elements that must infuse into the band, become or evolve into the theatrical or visual part of Hellsaw?

The satanic element is largely due to the preconceptions that everyone has about Black Metal.  We are all atheists.  We do not believe in any form of higher being.  The theatrical element as you call it is a symbiosis between the music and the visual.  The one suits the other and they feed off each other.

How do you feel about the state of black metal right now?

It is really not for me to judge.  There are some phenomenally good bands around, and these are the ones who have an originality to their music and who have their own way of expressing themselves.  Then there are some really dire ones who think that Black Metal has to sound like the original bands from way back when, which, considering that the original bands themselves moved on from that sound a long time ago is a very limiting way of looking at things and just creates second rate copies.

What is next for Hellsaw?

We are about to head for Russia for the first time, for quite an extensive tour, so we’re very much looking forward to that. We can also announce that we’ll be playing at Extreme Fests in Austria, Switzerland and Germany, and at Walpurgis Metal Days, but obviously we are not allowed to mention any other appearances until they are announced.

A great many thanks for taking time to talk with us. Would you like to leave with a thought or idea that fires up your day?

Take the negativity that is inside of you and use it to create.

Read the review of Trist @ https://ringmasterreviewintroduces.wordpress.com/2012/02/20/hellsaw-trist/