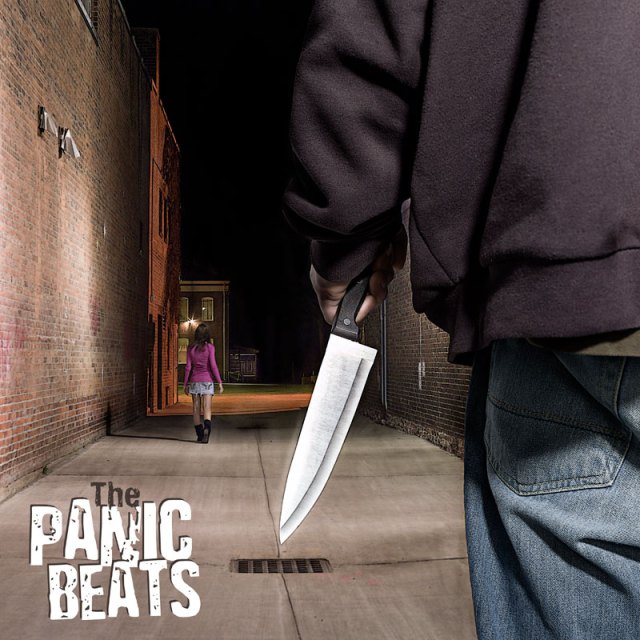 The Panic Beats is not the most stylish band you will come across or the most original. They will not leave you open mouthed with creativity and might in fact have you wondering why you like their debut self titled album so much, but that is simply because it is downright irresistible and totally fun. The release is not trying to be ground breaking or the height of musicianship and uniqueness; it is simply part homage, partly chaotic and all entertaining.

The Panic Beats is the singular chorded solo spawn of Michigan musician Dale Van Thomme, and the album a distorted punk rock offspring cultured within his obvious adoration of The Ramones and love of horror and sci-fi movies. The whole album is steeped in the essence and sound that made the aforementioned punk band essential listening and the source of heartfelt allegiance back in the late 70’s. It is like listening to The Ramones though an aural freakshow mirror, off kilter, at first disarming, and by the end a pure addiction that one loves to return to. There is no pretence to the release, just honesty from the first note to the last. This is nostalgia at its devilish best, working to tease and taunt with a knowing nod to old school punk fans and a mischievous wink.

The songs within The Panic Beats burst in, stay briefly but within that time capture and inspire thoughts and memories of a previous time if in a rather discordant and bordering on disaster kind of way. From the opening excellence of ‘Die Tonight’ the album enchants with a car crash like attraction. This is not meant to sound like a negative as rarely lately has a release given as much inner pleasure as here, yes it carries flaws but they do not matter when the album is this much fun.

The songs are based upon themes of horror and love inspired violence adding a Misfits element but this is totally old school punk, the spirit of The Ramones dragged from ‘the grave’, decomposing and splintered but bringing unbridled enjoyment. Tracks like ‘Bound And Gagged’, ‘One Bullet’, ‘Invasion’, and ‘the wonderful ‘Love Kills’ leave one with a big grin, a pleasured heart and the need to throw on Rocket To Russia or Leave Home. That is probably the biggest problem for the album it inspires such strong feelings for the legendary quartet that many will go to them rather than staying with The Panic Beats’ release.

The album is a little inconsistent but never to a level where one wants to miss any moment and when a track like the triumphant ‘You’re Gonna Mutate’ plays you never want to leave. If you want to be very picky the songs are rather simplistic, Van Thomme’s vocals often challenging the concept of ‘in key’, and the lyrics unoriginally obvious but that is the point and why it’s so enjoyable. It’s a warped homage not a copy and one that works to a high degree. Chants, drum beats and guitars chords are revisited from the past and often within the album but it all adds to the pleasure.

Go check The Panic Beats out, you may disagree about its merits after but you know you will have had fun whilst finding out. With two more albums waiting to be released from The Pulse Beats, there is one here who cannot wait. 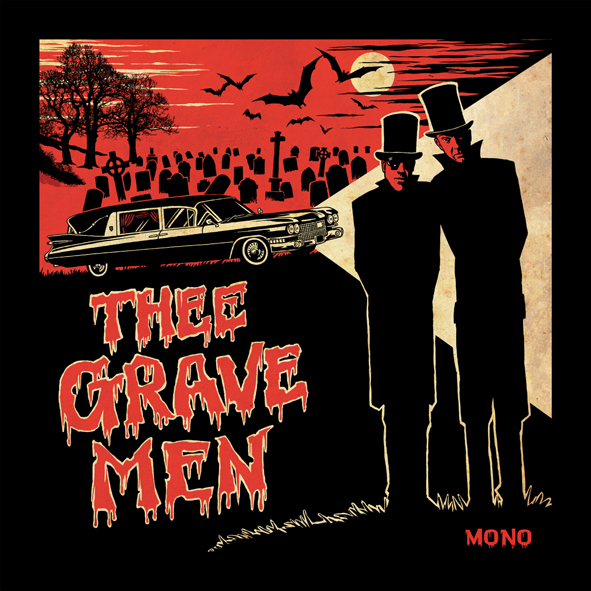 You cannot get much more simple a set up than offered by trash rock ‘n’ roll band Thee Gravemen or anything as incessantly infectious. Consisting of just a senses cruising guitar and insistent primal beats the duo from the UK, now Malmo, Sweden based, with their self titled album have created a release that knows its sound, loves its sound and is determined you will too.

Thee Gravemen were formed in the autumn months of 2009 by guitarist and vocalist Sir Lee Tea and drummer Devilish Daz Trash, who initially were just doing a one off gig as a duo. Luckily they decided to continue though it was through the lack of finding a suitable stand up bass player as much as anything that tipped the decision to remain a twosome. Behind them the musicians have a good pedigree with Tea having been part of the garage rock band Thee Exciters as well as currently part of Swedish r&b band The Branded, and Trash having been part of UK psychobilly/punk band Skitzo, under the name of Strut. As Thee Gravemen the pair have unleashed a raw and uncomplicated fusion of garage punk, psychobilly and coarse surf veined fuzzed up rock ‘n’ roll, a dirty and boisterous sound that sears the flesh and resonates within the bones. 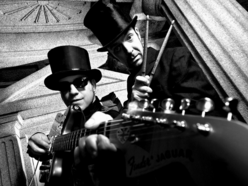 As can be imagined the songs come from the darkest shadows of the two, the lyrics borne from horror movies, wicked intent and from beneath disturbed ground. The album grabs with an icy clawed grip from the opening ‘Hey There Pretty Baby’ to squeeze and tease, resisting the urge to let go right until the last lingering note of the album passes on. The opening track is relatively subdued compared to what follows throughout the rest of the album but it is immediately noticeable that the production though unfussy and pretty straight forward gives a rich generally full sound, in a way surprising considering the scarcity of instruments.

The album buzzes and crawls over the senses through track after track and though the core of the music is a set spine each song comes from different and enticing angles. ‘Come On’ is a slightly darker track than the opener and reminds of 80’s band The Orson Family whilst the instinctive rhythm led ‘Digging Graves’ has a scuzzed up garage energy that recalls their former bands in many ways.

There is not a weak track on the album; each having their own heart of siren like appeal though it is the beat and rhythm led tracks that make the strongest connection. The pulse beat stomp of ‘Friday At The Hideout’ and the voodoo raw primal rhythms of ‘My Girlfriend Is A Werewolf’, both with a Guana Batz meets Screaming Jay Hawkins like vibe lift the excitement higher but it is when the band go into the realms of The Cramps that they really stand out. ‘My Witch’ is glorious with its distinct twang as distinctly manipulative as the song’s character and ‘Six Feet Down’ alongside the outstanding ‘Shake It’ rip through the ear with primitive ease. The band’s cover of ‘Green Fuzz’ is equally excellent; a very valiant version of The Cramps’ version that easily exceeds the Randy Alvey & Green Fuz original.

Complete with another cover in the hypnotic shape of the Sandy Nelson song ‘Let There Be Drums’ and the immensely fun outro track with after a moments breath ends with a track that sounds like a fictional nightmare when Demented Are Go’s Sparky popped his cherry with Eugene Reynolds of The Revillos, the album is simply fantastic. Released on Dirty Water Records it makes no demands or offers any unnecessary frills but just feeds the soul with inspiring, mischievous and thoroughly essential rock ‘n’ roll. 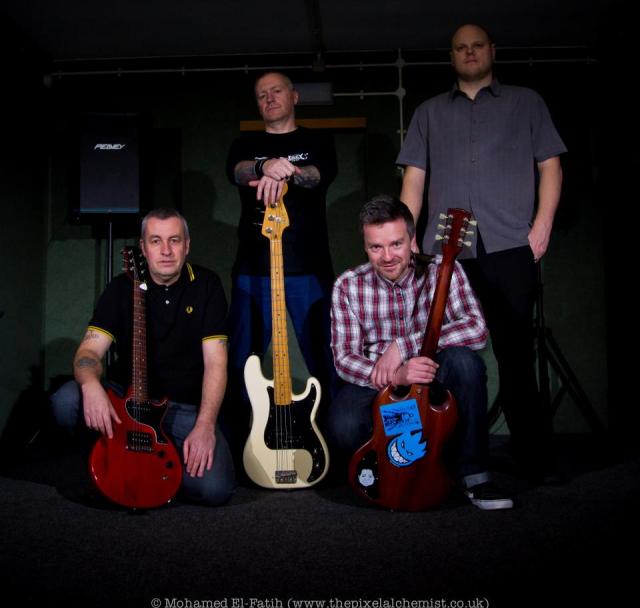 You just have to love it when the first introduction to a band comes in the shape of a heart racing, infectious and openly excited release. There has been no finer an example of this than from UK punk band The Vox Dolomites. A simple piece of fortunate timing, a lucky gaze upon a simple social network post and the gateway to one of the most exciting and excitable releases heard in a while opened. Simply called First Demo 2012, the release is a pulsating trio of tracks that urge and enthuse emotions and limbs to react and be part of their impressive blast.

From Stockport and formed in September 2011 the band bring a heady and eager punk sound that at times is spiced up with irresistible infusions of ska. They stand somewhere in between the harsher intense punk of a Rancid and the open and teasing melodic contagion of a Mighty Mighty Bosstones. The Vox Dolomites also lie midway between a US and UK sound, the latter more evident when they bring in the ska spice as shown in the opening track of the demo.

Comprising of ex-members of One Man Stand, The Leif Ericsson and Spiteful Way, the band of guitarists Ant Walsh and Will Farley, bassist Chris O’Donnell (all three contributing vocals), and drummer Simon Dunnington from the off jump in with insistent hooks and insatiable melodies on ‘The Horrorshow’. Greedy choppy guitars, a boisterous bassline and wanton keys caress and stoke up the ear as the band’s irrepressible energy burns a wonderfully fulfilling groove upon the senses. The band can skank like there is no tomorrow bringing a [Spunge] feel alongside a Rancid punk touch and using it to flavour their own voracious sound.

The other two songs on the release are straighter punk gems but no less engaging. ‘Alone In Mexico’ is not exactly a 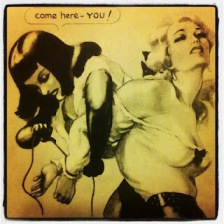 sterner track than its predecessor but has a more serious tone behind further hungry riffs and sharp melodies. Another great bassline from O’Donnell this time carrying a moodier tone and an incisive razor like guitar attack from Walsh and Farley ensure the track lingers after its last note and is very easy to return to, though that applies to the whole demo to be honest.

Final track ‘Losing Hands’ ripples and flames within the ear, strong forceful riffs, commanding rhythms from Dunnington, and another bassline to drool over rage and badger whilst pleasing far beyond the ear. We are in definite Rancid territory now but The Vox Dolomites have an indefinable extra that takes them into a class of their own. Group vocals punctuate the track excellently adding thirsty energy and texture to the track.

The trio of tracks started with a vibrant party and ended in a juicy riot, three songs that inflame and light up the senses. The release is an introduction to the band and a taste for a debut album due later in the year, and without doubt the demo makes the anticipation for that keen and impatient. This is punk of the highest order and there really is no excuse not to go and get it, especially as The Vox Dolomites have it as a free download at their bandcamp profile………..Still here?
http://thevoxdolomites.bandcamp.com/