Wolves from Scottish pianist and singer songwriter Michael MacLennan is a sneaky little collection of songs. First listen, maybe two and one is aware of the quality and strength of the songwriting on show and its realisation but maybe not initially bowled over by uniqueness or originality. But a couple more plays and one finds oneself completely wrapped up in the album’s warm charms, pleasured by its well crafted arrangements and absorbed by the display of infectious melodies and catchy songs.

From the secluded stark peace of Nethy Bridge, MacLennan having been playing the piano from the age of seven won a place at the Royal College of Music. Dedication and practice is obviously not a weak part of his personality either, as MacLennan obtaining and playing gigs in London 7 days a week, writing two songs a day for a year, and the obvious concentrated carefully created songs on Wolves prove. Returning to Scotland MacLennan recorded the album across 2010 to the following year as well as playing shows across his homeland. Working with many new producers making a name for themselves, he found something special in particular with Craig Ross and Garry Boyle. The trio coming together to bring something extra and defined to Wolves, their understanding and fluid collaboration giving an ease and depth to the album.

Each track within the album is understandably piano led but there is much more to songs with contributions from a varied array of fine musicians adding to the creativity, only the closing and deeply touching ballad ‘The Old Tree’ finds MacLennan and piano alone. There is a good variety to the album with the afore mentioned sombre ballad and another in the reflective title track placed alongside the vibrant likes of ‘Fall Down On Me’ and the jazz pop ‘How Come’ which comes with the same flavour of his previous EP History from 2009. 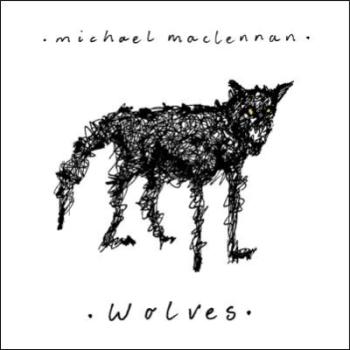 for MacLennan’s lyrically prowess and excellent voice to shine and engage. It is hard to say he has a distinctive voice compared to other similar artists grabbing headlines and ears but there is a natural flow and instinctive expression to his delivery that makes MacLennan preferable to listen to than most, and with songs of a shining calibre Wolves a standout album.

Personal preferences will vary to the best tracks on show within the album but there is a trio of consecutive tracks that simply mesmerise the senses on every level. First is ‘Keep A Light On’ a remembrance of desires, passion and heartache it is a stirring track that all can easily relate to. It brings a nod and smile, maybe an ache too as MacLennan reveals its tale backed by the wonderful vocals of Catherine Ward.  This is followed by the first single from the album, ‘To The Fire’. From a emotive piano and voice opening the track expands into a heartfelt statement that wraps around the senses wonderfully. The track is mesmeric,  MacLennan at his most expressive and the music the perfect  company to his piano play to wrap the listener up in a provoking yet uplifting track.

The third track is the best of all, a deeply emotive ballad that kind of builds like the title suggests. ‘Avalanche’ floats in on piano and voice once more, tugging on emotions. A subtle bass comes in as company before the song opens into a graceful and sweeping chorus. The song is beautiful, evocative and a caress upon the ear. Though it never reaches the suggested overwhelming proportions of its title the thick luxury it reaches is fully and welcomingly consuming.

The rest of the album is less assuming and at times a little lost against these tracks though all of a high quality and moments like the wonderful violin within the social/political comment of ‘State Of Affairs’ deeply satisfying. Wolves is a must for all who wish a singer songwriter with something extra. Michael MacLennan is not particularly edgy but his music has something just as powerful, heart.