January 16th sees the release of the debut EP from fast rising Irish rock band Stay Okay! Bursting with well crafted melodies, eager hooks, and an infectious rock energy Time To Grow shows a band on the rise as they spread beyond their already enthusiastic homeland. We had the pleasure to talk to and find out about Stay Ok! and their exciting new release.

Hi and thanks for talking to The Ringmaster Review.

Firstly could you introduce the band members and tell us where and when you met and how Stay Ok! began?

Well there are four of us in the band: Timmy sings, Irtiza plays guitar, Alan plays bass and Kev plays drums. We all met in school just through some mutual friends and stuff, except for Irtiza. We had already started the band before we knew him, and after what seemed to be a hopeless search for a decent guitarist we were lucky enough to have a friend introduce us to him!

What were the inspirations that led you to have that need to make music?

I think it began as just a normal hobby kinda thing I guess. Playing music is a lot of fun so that’s obviously why we all started, but when it came around to us writing music to release and have people other than us to hear it became more of an outlet for us to express ourselves through.

You come from Dublin where there seems to be a vibrant music scene with some great bands emerging, is that the reality?

The scenes pretty good alright! Lately there’s been a good few bands branching out and touring the UK and even moving on to the rest of Europe too which is awesome to see. The standard is set pretty high here so it shouldn’t be long before a lot more local bands start making a name for themselves I’m sure.

How easy was it to spread outside to the rest of Ireland with your sounds?

It was pretty easy actually. We made some really great friends in bands in different places around Ireland so we were all able to help each other out with shows which let us reach out to new people. It’s definitely easier to do these things when you’ve got people helping you out!

January 16th sees the release of your debut EP Time To Grow. Does it feels like the accumulation of the past 2 years in 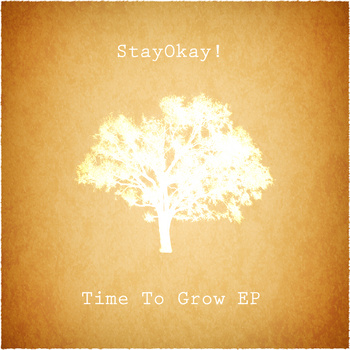 that it is an introduction of this is us and this is what we can do as well as being a starting point for a new venture for the band?

We definitely see it as an introduction to who we want to be as a band, and hopefully that comes across in it! I mean it is just the starting point for us, so from here on in everything we do will hopefully progress more and more… and hopefully sound better too.

Please give some insight into the creation and recording of the EP.

As much as we wanted a killer sound quality and be able to take our time recording it we just didn’t have the money at all! But we were lucky enough to come across a reasonably priced studio with an awesome producer.

Did you go into the studio with the finished sound already in your heads or did it evolve during the process?

Since we were sticking to a pretty limited budget we had to make sure we were as prepared as we could be before going in to the studio! So we didn’t have much time in there to change much, but having the input of a producer listening to the songs with fresh ears helped us put the finishing touches.

How do you write songs? As a band or it is mainly an individual input?

The songs on Time To Grow were mainly written by Kev and Timmy. Kev would record the music at home and send it on to Timmy to put lyrics too and then we’d play them over and over like a million times as a band to finish them off. Now we kinda write more as a band though in the few songs we’ve been working on since.

What inspires the songwriting?

Timmy really just writes from experience. I think that the most important thing is that the songs we write are relatable. That’s when Timmy put pen to paper when it comes to growing up, friendships and family.

I am assuming you have a fair repertoire of tracks now how did you choose the four that make up Time To Grow?

To be honest we didn’t have that much tracks to choose from in the first place! And whatever other songs we did have sucked so it was literally just those four songs that were really worth recording. We really just wrote the four new songs that made up Time to Grow. They came at a really good period in our time as a band.

‘Towards the Finishline’ is our favourite track here can you give some background to the song?

Glad ya like it! We love playing this live. The crowd really seem to get into it! It’s one of those songs that is easy to listen to. The message is clear behind we feel. Nothing is impossible, sure look at where we are now. Bit of positivity for ya there!

Getting back to Dublin, do you think coming from there has shaped your sound in any way?

I wouldn’t say it has that much. Like we kind of tried to make the effort to not sound like anyone else from the Dublin scene so we’d stand out more, whether that worked or not I don’t know though! Because it’s such a small place, we have had to work harder to try and impress the listeners.

You are planning dates for a tour of the UK to promote the EP, any news on that?

We’re working so so hard on that at the minute. Right now the plan is to get over for a bunch of shows in the summer. Also if anyone reading this wants to help us make this happen, get in touch.

What can UK audiences expect from a Stay Ok! gig?

Expect us to try charm you into liking us with our Irishness and funny accents… But really we’d play our hearts out. First impressions mean a lot especially with new bands, so every time we’re playing somewhere new we really don’t hold anything bank.

If just one big thing comes from the EP and tour what would you hope for?

We’re not really expecting anything that big to come from the EP to be honest. All we want is for people to listen and maybe get a friend to listen too. That is the most important thing to us right now! We just want people to listen to what we have to say because what it really comes down to is the passion we have in our songs.

What are your current personal listening pleasures?

The Dangerous Summer and Deaf Havana are favourites for most of us at the minute. But as individuals we kinda have a crazy mix, it’s a common thing to go straight from a Taylor Swift song to an Asking Alexandria track if one of our iPods is on shuffle…

Big thanks for sharing your time and about the band with us.  Can we get you to leave with firstly any words for your existing and sure to be new UK fans?

Thank you for wanting to talk to us in the first place! Pleeeeeeeease keep listening and please keep spreading the word about us and introducing people to our music. That’s literally the only thing that makes playing shows for us possible and it’s so cool that people do it! Also come talk to us on Facebook and all those other sites too, we’re nice!

And any dark secrets about each other we should be told about?

Alan is bald and has to wear a wig until he gets a hair transplant.

Check out the Time To Grow EP @ http://www.stayokay.bandcamp.com/