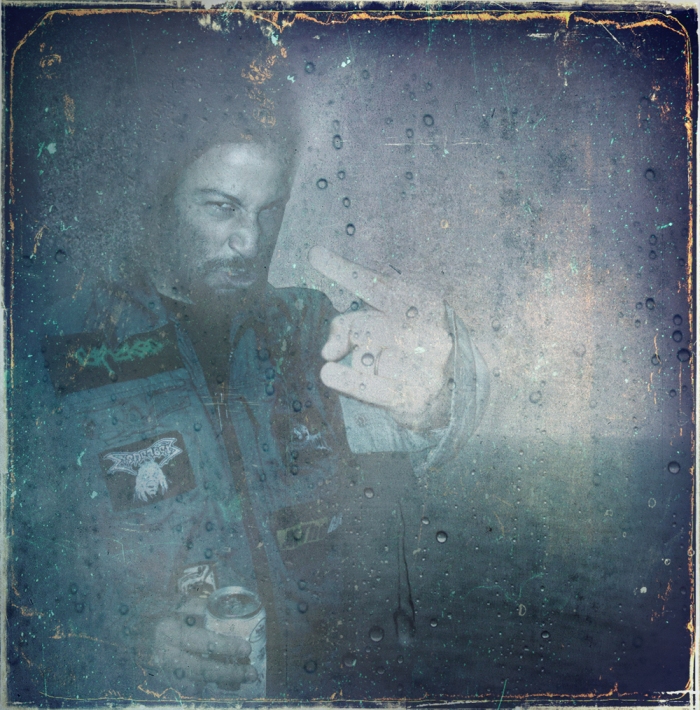 The title of the second album from one-man doom metal project Majestic Downfall is very fitting as by the end of its deeply impacting sonic journey one is left a defiled bloody carcass but with every sense of having had the most satisfying fun possible from a disturbance of this magnitude. The Blood Dance rips apart the senses and leaves them scattered to the blackest pit whilst pleasing and confirming all is ok with some of the most expressive and strongest caustic melodies possible.

Majestic Downfall is the work of multi-instrumentalist and composer Jacobo Córdova (Zombiefication) and has its glorious violations unveiled via Chaos Records. Known for being part of Mexico´s Antiqua for a decade Córdova formed Majestic Downfall in 2006 with the idea of recreating the feeling of 90’s European doom metal mixed with the doom tones of the present. 2007 saw the first demo The First Abyss which became part of a split CD with Italian black/doom metal band Ansia. Majestic Downfall’s debut full length release came in 2009 in the shape of Temple of Guilt and a full blooded mix of doom/dark metal. It carried a fuller and more intense sound evolving on from the first demo and a step to the brutal beauty now found within The Blood Dance. 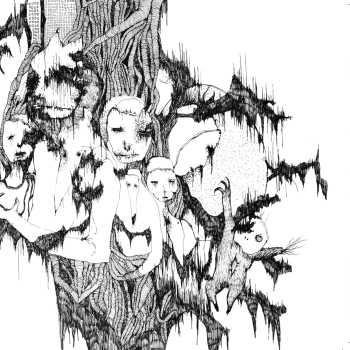 Córdova has created a beast that stalks its prey with a melodic grace whilst numbing, stripping and chewing on the remains of the senses and emotions. Though at times this melodic beauty is hidden behind the heavy treacle thick venom blistering the ear through riffs, intensity and the bile spewing guttural growls, it emerges and weaves around the senses to bring a captivating intrigue and flow to the harsh assault. The album is not as immediately accessible as some, the combination of beauty and the blackest intent taking a couple of plays to find its irresistible lure but once it connects the release reveals its glories fully.

The Blood Dance starts with the title track and its deceiving guitar intro, the gentle beckoning beauty it offers welcoming and as one steps aboard the dark ride thick predatory riffs and rhythms grab hold. The track then smoulders and burn within the ear, its caustic sounds unrelenting and punishing whilst a hypnotic groove persuades one to stay and be devoured. The malicious yet sorrowful atmosphere permeates every emotion and is continued to the very last note of the album, through each and every one of its seven cascades of doom and emotive bleakness.

‘From Black to Dead’ lifts up the heavy slab of intensity to continue the violent assault again veined by a stirring groove. Córdova is skilled at combining the destructive power and crushing intensity with engaging melodies and grooves without letting either side become too dominant to the detriment of the other. Tracks like the excellent ‘Dimension Plague’ with a varied sweep of intrusive acidic guitars and inciting chugging riffs, ‘Army of Salvation’ with a menacing yet reassuring feel, and the mesmeric ‘Chronos’ explore and bring this hard to achieve blend for many to an impressive and thoroughly satisfying success. The latter of the three tracks being the highlight of the album with its rock flourishes wonderfully balanced against the aggression.

‘Chronos’ also shows  Córdova using his voice fully with cleaner passages alongside the hernia causing grating he uses for the rest of the album and the song definitely is better for it. The only negative one can throw at The Blood Dance is the lack of diversity in his vocal delivery, each track given the same admittedly agreeable destructive growling but after a few songs a similarity lays across the album and one has to focus harder to fall upon the varied quality beneath. For many this will not be an issue and it is really a personal preference which the closing track highlighted.

The Blood Dance is an impressive album which should find few not taking to its muscular and glorious delights. Majestic Downfall has set the death metal/doom genre off to an impressive start for the year.