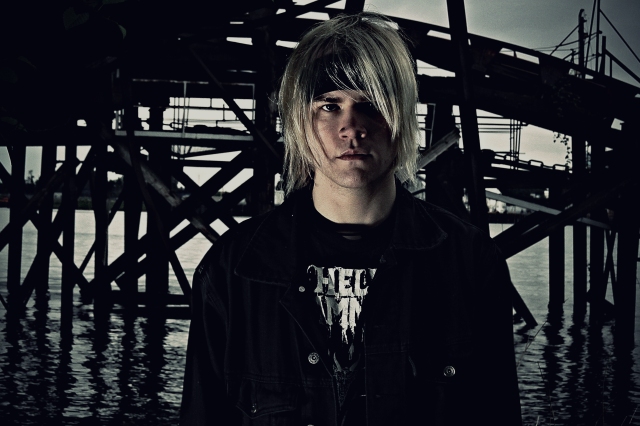 Those wishing the intricacies of meandering progressive sounds or the hypnotic yet unsettling discordance of djent wizardry or even the vast array of deliberately confused but masterfully conjured intensity of a Coilguns or Retox then look away. Oregon metalers Toxic Holocaust return with new album Conjure And Command and simply aggressive straight from the hip brutal metal that does what says on the tin. Exploding via Relapse Records the album just bristles and aggravates within the ear with the finest and rawest of heavy metal, thrash and punk energy. You know what you are going to get from the very first fierce uncomplicated note of the opening track and it never lets one down in satisfaction or stirring intimidating quality. Straight forward exhilarating metal for straight forward eager tastes.

Formed in 1999 by Joel Grind merging his love of classic punk and metal into a distinct and crushing sound, the band has kicked up a sonic storm with their previous three full lengths and Conjure And Command continue in similar vein. The trio of Joel Grind, Phil Gnaast (Zeller), and Nicholas T. Rage (Bellmore) have unleashed an album that shrugs belligerence as its muscular riffs and threatening sounds come forth angrier, heavier and with more spite than before but still is unmistakably Toxic Holocaust.  They do not offer anything vastly different from their previous releases and to some extent other like veined bands but you always know who you are letting loose when one of their tracks is bombarding the ear. As venomous as ever Grind’s swipes and attacks, his disgust at this poisonous world and the evil of man never veiled in any way. Conjure And Command is a very welcome no holds barred merciless attack on the senses.

Musically the band once more bring echoes of bands like Bathory, Venom, Municipal Waste and the likes of Total Fucking Destruction and Slayer, all toned and fused to their own impressive ideas to create metal that though abrasive is a joy to suffer. Opening track is ‘Judgment Awaits You’ and the title sums up the album’s sound. It judges with tumultuous riffs and caustic guitars challenging throughout the experience and very easy to ‘suffer’ when it sounds this good. 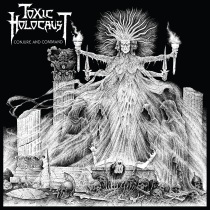 The tracks come thick and fast never leaving a moment throughout the album for a breather. Each song is a distinct entity that offers variation and eager intent to punish though overall there is a similarity across the album that works, the similarity simply being Toxic Holocaust’s distinct sound. Tracks like the immense violence of the lead track and irresistible ‘Bitch’, ‘Nowhere To Run’ with dark intimidating riffs and vocal delivery reminding of early Killing Joke,  the menacing poisonous ‘I Am Disease’, and the punk thrash glory of ‘The Liars Are Burning’ with a groove that incites reactions stand out most impressively. The last of the four reminding predominantly of early punks and though not specifically the likes of Discharge and Agnostic Front come to mind.

Ending on the call to arms intent of ‘Sound The Charge’ the album is an enterprising demand on the ear with blissful chunks of thrash/metal aggression and a must for all who loves to be battered and bruised musically. Toxic Holocaust has returned to once more ignite the senses and release the primal instincts within.