Lifescreen – The Lock Up Sessions 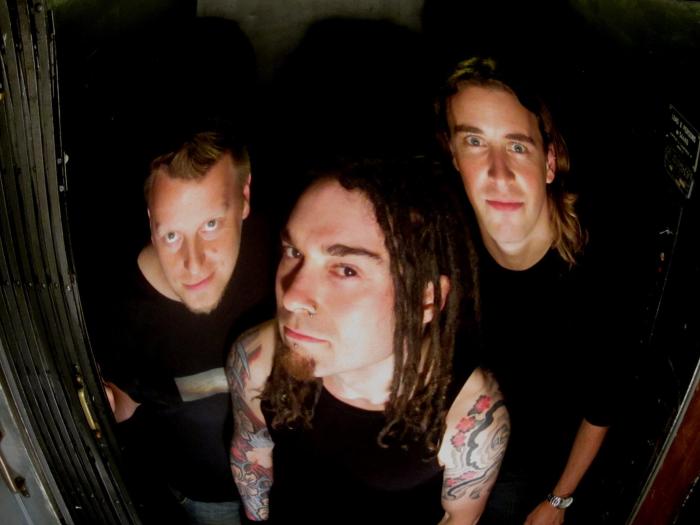 Fancy some good enthused melodic rock with big sounds and eager riffs then look no further than the new EP from UK rockers Lifescreen. Returning with their second EP The Lock Up Sessions, the Leeds trio give proof that rock music in the UK is vibrant, thrilling, and more than able to match their counterparts anywhere in the world.

Since forming in 2007 the Yorkshire trio of vocalist and guitarist Mark Burrows, bassist and backing vocalist Chris Unwin, and drummer Andy Richards have not only been one of the leading forces in their local scene but also gradually made waves further afar with their compulsive sounds, something which the new EP should energise decidedly. Formed from the ashes of Nerve Engine the band has gigged extensively over the years and through this and their releases in the debut EP Extended Play in 2007 and their two albums Deprogramming and Connexions in 2008 and 2010 respectively, have garnered strong praise in the media and a determined following from an ever growing swarm of fans to their sounds. The bands heady mix of melodic grunge tinged rock and heavier thumping riffs and rhythms demand attention without forcing it down the throat, their easily accessible and addictive tones hard to deny. April of this year saw the release of the single ‘Opting Out’ which saw another step in the bands development and a more rounded sound which the new release takes even further to unveil a fuller and inexcusably eager and impressive quartet of songs.

Lifescreen list their prime influences as the likes of Alice In Chains, King’s X, Helmet, and Deftones and especially with the first of those four it is apparent on many of their songs quite clearly but the band uses these to foster their own sound rather than simply borrowing elements. Opening song ‘Sparks’ is a perfect example. It carries a defined Alice In Chains feel but is given a more vibrant and uplifting energy, as strong riffs from guitar and bass alike sway in front of the ear driven by the controlled drums of Richards. Though there is a strong grunge tone it gives a QOTSA feel as well especially with the dual vocal harmonies and as a personal preference the band really feels complete when they use that rather than a single voice, no disrespect to the fine tones of Burrows but he and Unwin together feel like they are closes of the circle of the band, making the sound complete.

Second song ‘Better’ comes in a similar in style to the opener but has a darker feel recalling the band Gruntruck to mind. The chunky controlled riffs against caressing melodies and smooth harmonies is a treat and though subdued in pace compared to the first track its intensity is higher and deeper.  These two songs immediately prove to any newcomers that this band can write engaging but instinctively powerful songs, and deliver them with the acutest skill.

The second half of the EP gets its heavier and more forceful boots on to show the other more aggressive side of Lifescreen, though they can never be accused of being light at any point. ‘Cyclic’ pulsates with choppy and incisive riffs and seams of mesmeric melodies. As the song progressives the riffs turn more waspish to infiltrate even deeper and hook the senses fully. This is the best track so far though soon to be shaded by the brilliant ‘PRNTRPNK’. This song whips up a frenzy with mischievous intent and devilish riffs to excite and thrill. The incessant grind is hypnotic, clasping tightly as the guitar of Burrows lights up the ear whilst the bass of Unwin throbs belligerently.

The Lock Up Sessions is an excellent release to not only ignite the senses and quicken up the pulse rate but also to firmly put a band already noted for being an extremely fine rock band up amongst the big boys, and a place well deserved. Lifescreen might still be an unknown to you but do yourselves a favour and go check out this impressive and wonderful EP, and it is a free download so no excuses.