If you have not yet heard of Irish alternative rock band Susie Soho it will only be a matter of time before their infectious indie rock sounds find and pleasure your ears. Already dripping with strong acclaim and inspiring a rapidly growing fan base the foursome from Celbridge are poised to trigger greater interest with their new EP Twelve Twenty Seven. The release is one of those gems that though it does not necessarily explode new sounds or directions on the listener  it is a wonderfully warming and uplifting release that plays like a familiar friend bursting with a fresh and invigorating character.

Susie Soho, the band name coming from the 2000 jazz album Good Morning Susie Soho by the Esbjorn Svensson Trio, was formed in 2009 by singer/guitarist Tony Fitz who was joined by Jason Maher (bass), Niall Campion (guitar) and Mia Fitzgerald (drums). The same year saw the band make their actual live debut at Oxegen and the release of their first single ‘Spinning Top’. The following year was just as impressive in seeing the band collect more ‘armoury’ in the shape of being nominated for a Meteor Award (The Irish equivalent of The Brits), plus the releases of second single ‘Little Prince’ and debut album Where All The Ladders Start. These were two years of impressive steps for the band even more marked knowing the background to the well received and excellent album and songs.

In contrast to Where All The Ladders Start, new EP Twelve Twenty Seven actually sees the first appearance of material recorded as a band. The previous material and album was recorded at Fitz’s home studio before the band had basically played together. Mixed by renowned Greek electro-acoustic composer and producer Anthony P. (aLfa.P, Stereo Nova, Supermarket) and mastered by Geoff Pesche at Abbey Road Studios (Lily Allen, Coldplay, Gorillaz), the album and studio work all happened before the first band rehearsal was arranged. 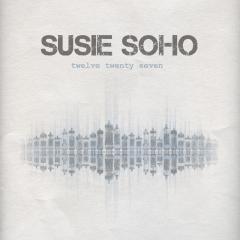 The EP opens with ‘Your Way Or Not At All’ to instantly bond with the ear, the fluid melodies and warm harmonies coaxing the senses with lively and wonderful charms. A murmuring bassline veins the song wonderfully whilst Fitz’s vocals smoothly compliment the assertive sounds. It is a strong and inviting start to the release but soon eclipsed by second song ‘Stand To Arms’. Powerful in its defiant lyrics and riffs the song grabs hold with a firmer and very agreeable grip. The Irish accent of Fitz wonderfully expresses itself adding another texture to the politically charged content. Amongst a quartet of fine tunes ‘Stand To Arms’ leads the way with its punchy attack and rock fuelled call to arms.

The EP is completed with ‘Making Taste’ and ‘Eye For An Eye’. The first stomps along with an eager grace that blends wonderfully with the song’s firmer rock veined flow. As with all the songs the track instantly throws up a rapport with the listener which though in some ways means there are little surprises offered there is a vibrant essence and unassuming beckoning attitude that engages and entertains the ear deeply. The latter of the two songs closes Twelve Twenty Seven as powerfully and impressively as the EP began. It drives through the ear with care and easily consumable melodies to lay a feast for the senses to devour happily.

Following up an already strongly praised album, the EP further thrusts Susie Soho into a brighter spotlight.  Since forming the years have seen fast and impacting moments for the band, on the evidence of Twelve Twenty Seven 2012 is going to be very eventful and memorable too.