Save Your Grace – The Arms Of Idiocy 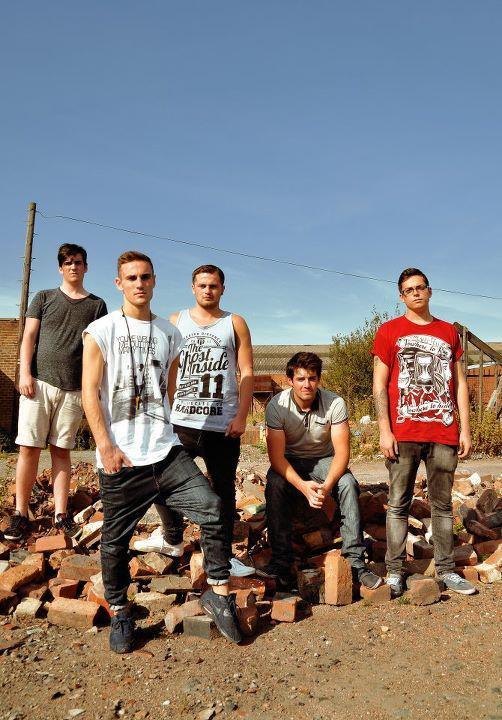 There has been a great and deeply promising burst of new British metal/Hardcore/metalcore type bands forcing their way to bigger attention and focus this year with the likes of Adelphia Of Kings, Doomed From Day One, and Gacy’s Threads, all make their distinctive deeply scarring mark on UK metal with sounds to crush and inspire. Another band to be solidly added to this impressive bunch is Birmingham band Save Your Grace. Their new EP The Arms Of Idiocy the overwhelming and perfect evidence as to why they should and will be one of the future forces in UK metal.

The quintet from the Midlands first made their appearance in 2010 and continued through hard work and shows to increase a more than ardent following. A full UK tour and the sharing of stages with the likes of Devil Sold His Soul, While She Sleeps, Martyr Defiled, Heights, Silent Screams and many more has only gone to make the band one of the more exiting certainties to break big for a great growing many. It will be with this their second EP that most positive damage will be done as its intense muscular charms spread wide and far.

Consisting of Dazz Jones, Luke Sheppard, Joe Geach, Dan Morris, and Eddy Geach, Save Your Grace have unleashed an EP of five tracks fuelled by uncompromising might and deliberately malevolent intent that will inflame a great many metallic hearts. The EP is raw and in need of a fuller and more rounded production to fully meet its potential but despite this it is a mighty and impressive debut any band would be proud of.

The release starts laying waste to the senses with ‘Intensity’, its senses shattering riffs and consuming rhythms an instant satisfaction upon demanding ears. The guitars grind and groove deeply into flesh as destructively as the heavy riffs crumble defences. The grating growls are harsh and venomous and even the appearance of clean vocals midway carry a sinister tone to their harmonies.

Next track named ‘Interlude’ shows the melodic skill and creativity of the band, its incisive and emotive guitar sounds making the two minute instrumental a mesmeric piece and subtle lead into next song ‘Limitless’. Though not as instantly addictive as the other songs this third song is a menacingly lumbering track veined by scorching guitar play and caustic vocals showing just how well the band can vary their sound.

The title track is the real standout moment. Bursting in on a cutting groove and senses wilting riffs coupled with acidic threats and brutality posing as vocals, it is an impressively persuasive and compelling song that is as vibrant as it is intense. Though the band is still in its informative musical years this of all the songs shows why the promise and acclaim coming their way is so strong. Creative , diverse and unrelenting it with a warm welcome lingers in the ear and head long after it lays down its last thoughtful note.

As mentioned the production is lacking a little preventing the full effect of the band’s sound to truly numb its recipients. The hollow tones especially on the vocals is a shame as is the fact the drums sound held back far more than personally is preferred, but the music and quality still shines through with great effect. The Arms Of Idiocy  gives all the evidence and belief that Save Your Grace will turn into one of the bands whose strength and ability will guide British metal to greater heights in the near and future times ahead. With bands like this UK’s extreme metal future is in safe hands.