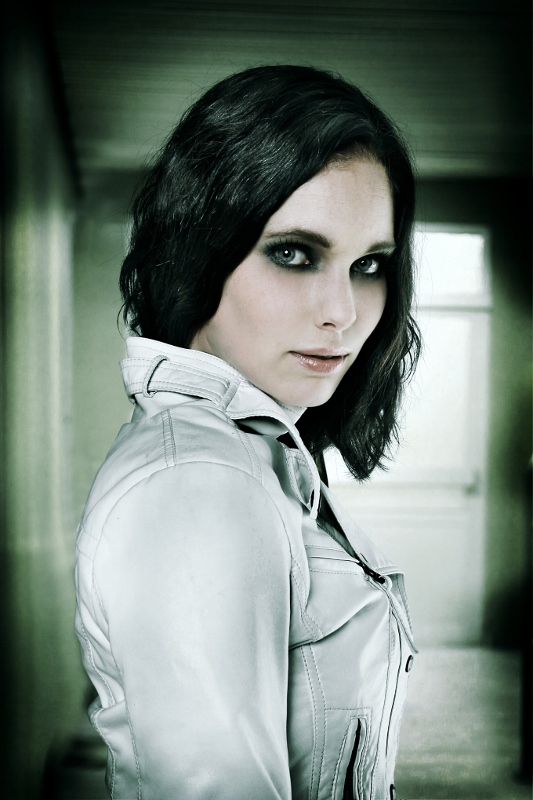 2011 saw Dutch rock band Nemesea sign with Napalm Records leading to the release of their third album The Quiet Resistance, an album bringing vibrant well written songs and striking electro/metal/symphonic rock sounds. We had the chance to ask vocalist Manda Ophuis about the album and about the band generally.

Hi and a big thanks for chatting to us at The RingMaster Review.

Could you please introduce the members of Nemesea and how you all met and became part of the band?

Nemesea started in 2003 after HJ (guitars) and myself (vocals) met each other at the conservatory where we both studied. HJ knew Sonny (bass) from the conservatory also and they already played in several bands together, so Sonny joined in 2003 also. Lasse (keys and electronics) has taken part of the Nemesea household in 2009 and Frank (drums) joined recently, just before the recordings of TQR.

What were the inspirations that led you into music?

I started playing music since I was really young. I’ve always known I wanted to be on stage since I was 9 years old. After hearing Anneke van Giersbergen sing I knew it had to be as the singer of a band.
In general we are inspired by bands, musicians, music styles, sounds and the feeling people get from music, this is something extraordinary.

Your debut album Mana first alerted a wider audience to your music, how do you look back at it in comparison to the music you have just released within The Quiet Resistance?

I don’t feel that Mana has alerted a wider audience than our later albums. Mana was a gothic Metal album that drew a very specific kind of audience. I feel that with In Control and now with The Quiet Resistance we are able to reach a wider audience.

What is the strongest difference between the band then and now?

First of all the band line up and the fact we live in 2011.
We developed a musical style we are all truly happy about. We keep progressing and see this as a positive thing.

With sites like Kickstarter and Pledge music set up to try and give bands and artists an avenue to finance the next step in their journeys tell us about Sellaband and your experience with them leading to second album In Control?

Sellaband was a great experience for us. Fans believing and investing in you, a band. Because of the large budget invested by fans & believers we were able to work with a lot of talented and well-known people like Tony Platt (AC/DC, Iron Maiden) and Ronald Prent (Rammstein, Lacuna Coil). We’ve learned a lot from them and learned to work, write and produce on a higher level.
But after we finished the album there was no follow up, no promotion and no gigs so we had a great album but nobody knew about it. That was really disappointing for us; we had high hopes for that release.
Unfortunately the Sellaband concept wasn’t working as it should.

You were definitely one of the site’s biggest successes but do you think these kinds of sites are a viable solution for most bands in finding reasonable funds?

If you only want to record an album for family, friends and small fan base it’s okay to do it like that. If you aim for a bigger audience you really need an experienced group of people surrounding your band to reach higher goals.

As mentioned you have just released your third album The Quiet Resistance, what were your aims going into recording it and did it match or exceed those by the end of the process? 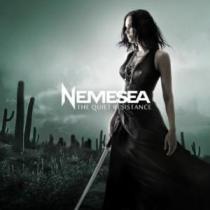 Because of the fact that the recording budget was small we had to be very creative with all steps taken during the process.
Basically all was recorded and produced at home. We did all the editing ourselves etc etc. In such a situation it’s difficult to aim for something because everybody knows what to aim for but at the same time know it’s not doable.
We took it step by step and during the process we started to create something we could work with. At the end it all came together in way but wasn’t something we had in mind on beforehand. The result was very positive so we were pleasantly surprised and that’s a good thing.

Many have said the album takes the best bits from your previous releases to take them further with a more aggressive and vibrant energy, would you say that is a fair comment?

Yes, we feel that too! The heaviness of Mana and the electro influences of In Control combined in structured songs.

The Quiet Resistance seems to have two distinct sides, with the instinctively powerful melodic songs and emotive ballads as in ‘Afterlife’ and ‘I Live’, and the dark disturbing and stirring more industrial sounds of ‘2012’ and the brilliant ‘Allein’. Was this deliberate in your songwriting to have a dual but separate approach or it simply evolved naturally?

It evolved naturally but at the same time felt necessary to us. We hoped to write an album that showed different sides, elements, sounds, songs and influences.

Will we see more and more of the harsher and striking atmospheric metal sounds in the future?

We can’t say anything about that because our taste and inspiration changes rapidly. We first hope to play the TQR material live on stage as often as possible. We will start writing next year and we’ll see what comes out. It will definitely be different from what we did until now. That is very important for us.

The album has featured guests such in Markus Klavan and Matt Litwin of Bulletproof Messenger and Heli Reissenweber of Rammstein cover band Stahlzeit, how did these links up come about?

We know Marcus and Matt from Sellaband. They were on Sellaband with their band Bulletproof Messenger. We had some contact through email before and we thought it would be cool if they could contribute their talent to our album. Heli we heard about but didn’t know personally. We got in touch with him through the internet.

Were the songs they contributed to ready before their addition or evolved with them?

The songs were ready and already written for the bigger part when these guests performed on them. It’s Over was partly co-written by Bulletproof Messenger. 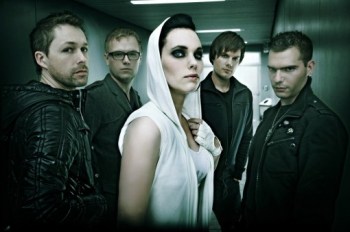 (Question for rest of the band) Obviously Nemesea is a band but one of the notable things that makes you distinct from similar flavoured groups is the wonderful vocals of Manda, given her skill and range do you write songs with that in mind from the start?

We surely do. We are strong believers of vocal being key, the most important thing in (our) songs. We are very happy that Manda has her own sound and is working on her vocals the way she does. She is still developing and we believe she hasn’t reached her limits yet.

Please give some insight into the writing process for your music and lyrics.

Music: Is written by HJ (guitars). He’s a real song writer and lover. HJ is always trying to write the best melodies possible. He writes song in their basic format, on acoustic guitar or piano. Some songs start with a riff and then he writes the songs round that.

Lyrics: It differs for every lyrics. Sometimes it’s just a word of a sentence, sometimes it’s a certain feeling or something that happened to me or people I care about.

The Quiet Resistance is your first release through Napalm Records; this must have made recording the album a totally different proposition to the previous albums?

No not really to be honest. Our first album Mana was a very difficult one to create but TQR wasn’t easy either. We did almost everything at home, ourselves and that has its limits on certain levels. We really want to record an album playing all together instead of recording one by one. Hopefully we can do this on the next one…

What is next for Nemesea?

We don’t know…. We hope people like the album and we hope we can get on the road playing shows. We hope to tour as often as possible but it’s not really within our control.
We hope for the best.

Many thanks for taking time to talk with us and good luck with The Quiet Resistance. Would you like to end a last thought or with some words for your fans?

Give TQR a go and let us know what you think. We worked hard on getting this album out there. We are very proud of it. Hope to see at one of our gigs.
For info on Nemesea and The Quiet Resistance go to http://www.nemesea.com/

Read the review of The Quiet Resistance @ https://ringmasterreviewintroduces.wordpress.com/2011/11/15/nemesea-the-quiet-resistance/

Like Loading...
‹ The Static Jacks – Into The Sun/Mercy, Hallelujah
Dennis Hopper Choppers – Girl Walked Out Of Town ›