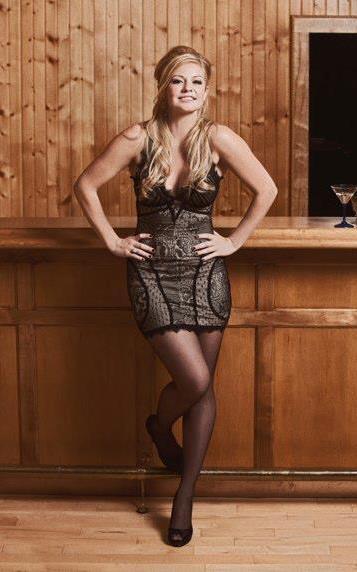 Of all the pop singles to come out so far this year one stood out with something extra. A passion fuelled song delivered with a wicked glint in the eye, ‘Hurt Like Me’ is a wonderful ly melodic and emotive song from singer songwriter Kelly Paige. With a background as exciting and varied as her music Kelly kindly let The RingMaster Review investigate her background and music.

Hello and a warm welcome to The RingMaster Review, many thanks for finding time to chat with us.

Would you like to give us some background to your early life and how much did it shape your musical directions?

My early life was pretty unique, I guess. My parents were South African immigrants, so we spent a lot of time in Cape Town until they got their citizenship, but I lived mostly in the states. I’ve never lived anywhere more than 4 years! My parents split when I was 6, so that added to all of the moving around, but I could put on a good record and feel like I was home no matter where I was.   It’s a pretty complicated story… but doesn’t every musician have that?

What was the trigger would you say that turned you on to music as a passion?

I was a pretty lonely kid growing up. I had a lot of issues, we all do, but music was the way that I dealt with mine. I could listen to a punk record and feel like I was less of a screw up, or put on a Tom Petty record and feel OK about things. I knew from pretty early on that that was what I wanted to be for someone else. I always loved it, but that was what made me want to do it for a living.

Your move to Nashville took you to in many ways the ‘home of music’; did it live up to expectations?

Ha… Well… Nashville is an amazing place to learn how to play music and write songs. In fact, I think It’s the best place in the world to really hone your craft, but it’s also really frustrating being so smack-in-the-middle of the business side of things. It’s really easy to get caught up in all of the bullshit that is “the business,” and for a while I was in a pretty dark place there, but I genuinely love Nashville. It’s unlike any other place you will ever go.

Being a singer songwriter were there external expectations in Nashville that you would make country flavoured music?

Yes. But I love good, country music. I actually write a lot of country music, and when it comes to songwriting, country music has it down as far as being a craft goes! I also used to rodeo in high-school (not kidding), so part of me felt obligated to be a part of the country music scene. But I’m not so concerned with genre as I am with songs. Good songs aren’t genre specific. Neither am I. I love a good country record just as much as I love a good classic rock, pop, or R&B record.

What were your musical influences growing up that again helped give shape to your sound?

I was influenced by such a wide variety of genres… I went through a punk phase where that was all I played or listened to (as many of us so full of teen-angst do), but I wanted to learn how to play the guitar because of Tom Petty and The Heartbreakers. The first time I heard Allison Krauss sing it brought me to tears it was so beautiful, but I also loved Janis Joplin’s delivery when she sang– so much power and emotion! And I’ll never forget how inspired I was by Loretta Lynn’s fearlessness, or Patsy Cline’s honesty. I grew up by the beach and became a massive Sublime fan, probably not what any parent wants their pre-teen daughter listening to, but I really loved them. My step-dad plays guitar, and he taught me a bunch of Simon and Garfunkel, and The Beatles, certainly can’t escape that influence. I’ll end up writing a novel if I don’t stop there…

Tell us about the songwriting contest and Big Yellow Dog Music whilst you were attending Belmont University and were you doing a music based course at the time?

That was such an awesome experience! BYD is a great publishing company in Nashville with an amazing song catalogue, so to be selected to play with all of their writers was really special. I was in the music and music business school at Belmont at the time, which was really helpful when it came to understanding the industry, but I got really fed up with the music courses, especially the songwriting courses. I ended up a Philosophy major with a minor in Music Business.

How did the link up with Willie Nelson’s bass player Bee Spears come about?

A friend of a friend sat next to him on a plane that got delayed for six hours. Music came up in conversation, and luckily this guy was a fan of mine. He played my songs for Bee and managed to get me in touch with him. When Bee asked if I needed a bass player I thought it was some sort of joke… Bee is great, such a legend. I also got to meet the guy who played him my music eventually which was great!

I believe you played in a punk band early on in your career we love our punk here so please tell us about that.

Ha. Didn’t everyone have a punk band at 13? I don’t think we ever played a real gig. We were just a bunch of angry teenagers. We called ourselves “BLUE LAW,” which is a law in some religious societies where you pay an extreme punishment for a petty crime. My first song was also called “BLUE LAW”; it was straight-up, old-school Blink-182 style pop-punk.  It was about my super strict step-mom… “Sometimes I feel like I’m living under blue law (SEVERE CONSEQUENCES FOR EVERY LITTLE FLAW)”. Yeah, I was pretty deep. I loved that kind of music though. Still do. Love a bit of the Sex Pistols and The Ramones. Who doesn’t?

How do you approach your song writing?

It usually stems from an experience or an emotion, but I also make myself write on a regular basis, even if I’m not feeling particularly inspired. I’ll just sit down with an instrument and start playing around until I hear something I like, words come pretty naturally to me after that.

You have moved to London UK now so what was the reasoning behind that, not that you are not welcome of course haha.

Haha, well, I moved here in January but recently I’ve decided to divide my time between London and Nashville. Most of it had to do with wanting to get out of my comfort zone and experience something different, but the music scene in the U.K. has always intrigued me. The music that comes out of London and hits in the states is always so unique. It’s also good to hear artists like Adele and Amy Winehouse get the same sort of mainstream success as the stereotype pop-stars. I love that about the U.K.

What was the first difference that hit you once here socially and musically?

DUBSTEP. I was never a fan of electronic music until I heard dubstep. I love it.

Socially, I was a bit taken aback by the lack of friendliness… People are just a bit tougher to get to know here, but I think I might prefer it to the sometimes very fake, in-your-face, let’s-be-friends, attitude I deal with in the south… that gets a little overwhelming. I’ve made some really great friends here, and I love the sense of humour. A lot of Americans don’t really get sarcasm… so I look like an asshole some times.

You have your backing band here with different musicians from in the US? How did you find the members?

Actually, my guitarist is from Surrey… he only sounds American because he went to an American school and is half Canadian! My drummer and Bass player are both English, and my keys player is South African. I met my guitarist through a mutual friend and he sorted out the rest of the band. They are the best. We’re all good friends which makes things fun.

Your debut single ‘Hurt Like Me’ has just come out to rave reviews. Is this a new song or from your catalogues of songs already penned? 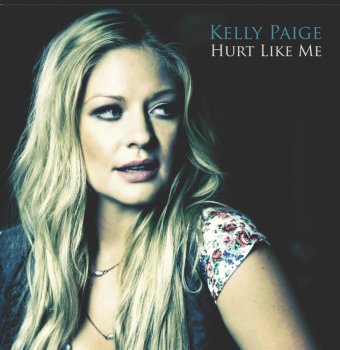 I wrote it in January, so it’s relatively new….

I am sure you are expecting this question so………….tell us about the inspiration for it and the (amusing) rumour it is about a band member.

Haha, lips are sealed on that one. But I will say that it was a very real experience. When I wrote that song, I really meant it. I was pissed. And hurt. And really pissed. But more hurt than anything. Betrayal is tough… but revenge is sweet!

The video for the single is a stunner, who came up with the ideas within it and where was it filmed?

A fabulous director names Sophie Lifschutz! We worked on it together, I like to be involved in all of the creative processes surrounding my music, but she really put her heart and soul into it and made it happen (with the help of her brother, Jonathan– they made a great team). We wanted it to be about the musical performance, but we also wanted it to tell the story. Shepherd’s Bush Hall was the perfect location for the performance scene… very old fashioned looking and dramatic. Something really just stuck with us when it came to the idea of having this lavish venue for a gig intended for one captive audience member. It was a lot of fun!

What is next for you and your hopes long term? Is the stay in the UK something that you are looking at long term?

I can’t help but love London… but America is my home. One day I’d like to own property here and have it as a second home. Dividing my time like I do now, but actually having a place here… That would be ideal.

Many thanks for talking to us, it has been a pleasure. Would you like to leave us with a last thought?

Never let your last thoughts make you forget your first feelings… And follow me on Twitter. Apparently I need to tweet more or some shit. Thanks for your time, keep it about the music!